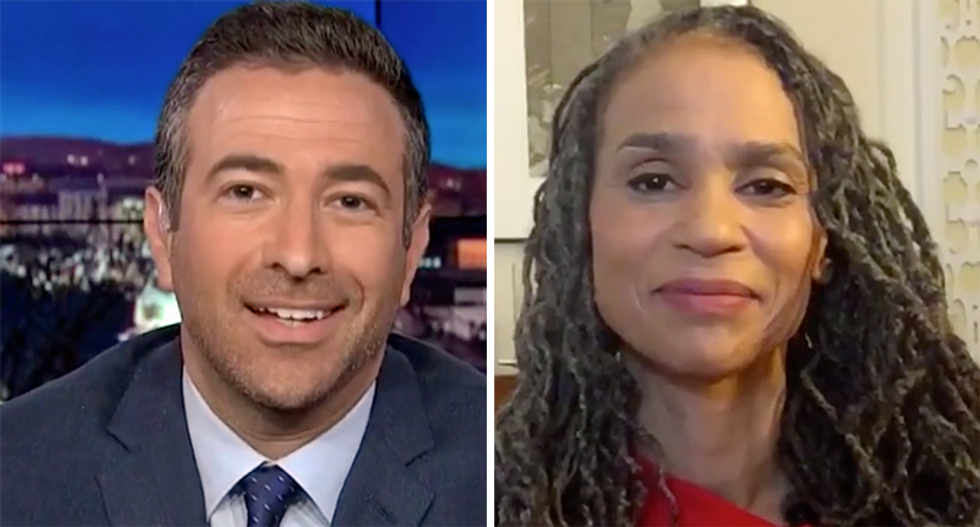 Civil rights activist and prominent MSNBC analyst Maya Wiley revealed on MSNBC on Thursday that she is considering a campaign for mayor of New York City.

Wiley also serves as the senior vice president for social justice at The New School and the Henry Cohen Professor of Urban Policy and Management at the Milano School of Policy, Management, and Environment.

"There have been reports in multiple outlets about some people discussing whether or not you might run for mayor of new york," MSNBC chief legal analyst Ari Melber noted. "Not as friend of Maya, but as a journalist, do you have any comment on that? Are you considering running for mayor?"

Wiley said, "I have been so overwhelmed by just the amount of support and kind words and outpouring I've gotten as a result of these news reports. All I can say to you is, I am certainly exploring it because I've been extremely privileged to be asked by folks to think about it."

Mimi Rocah, who was a fellow MSNBC legal analyst, ran for District Attorney of Westchester County. Rocah is currently leading by a wide margin as votes continue to be counted in the Democratic Primary.