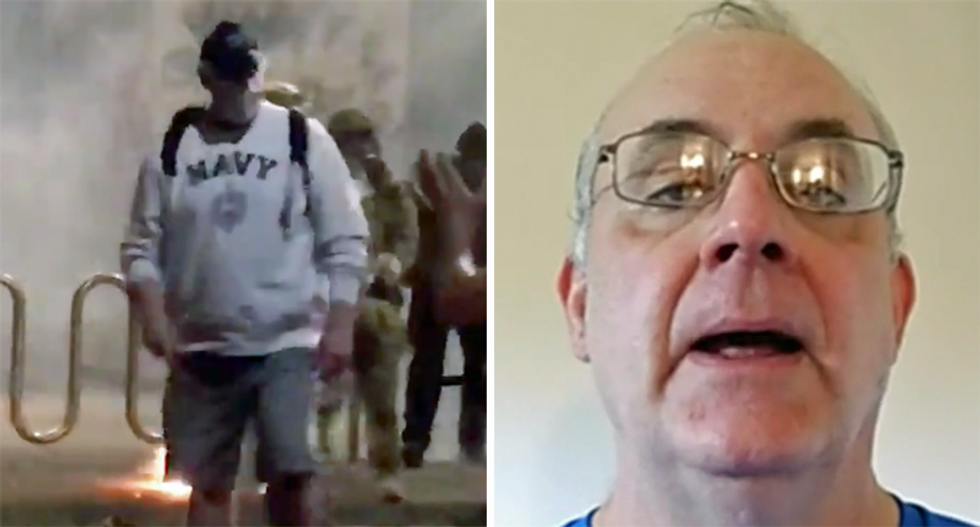 Chris David was featured in a viral video of suspected federal agents in Portland beating and gassing him.

He was interviewed on Monday evening by MSNBC's Ali Velshi about how he showed up trying to talk to the suspected Department of Homeland Security agents.

"That's exactly what I wanted to do, was just talk to them and the thing that was so upsetting was that there didn't seem to be any recognition that as a veteran I was even going to be listened to or treated any differently than anybody else -- and that sort of makes sense because if they're going to gas moms, they're going to beat up vets," David replied.

David also said he still does not know who the men are who beat him with batons.