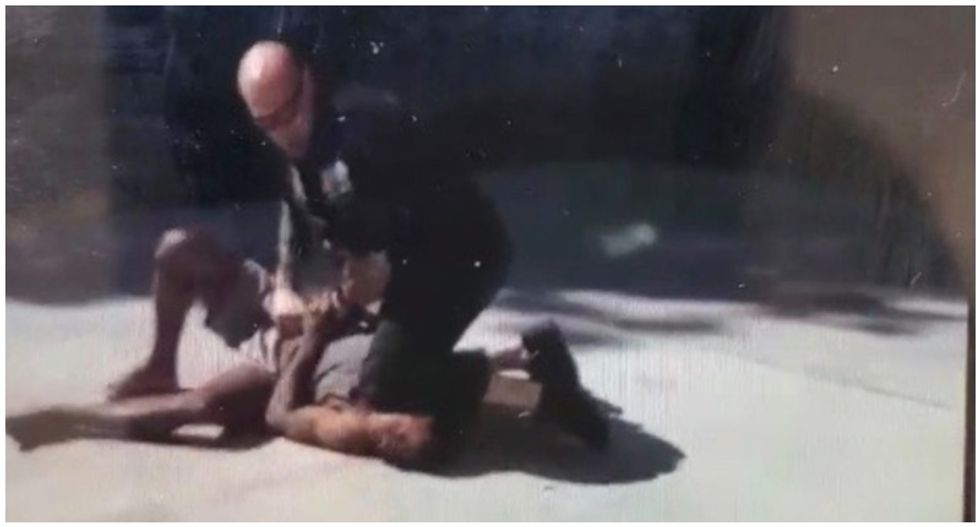 A video that emerged this Monday showing a New York police officer putting his knee on a man's neck is sparking anger among local activists, the Times Union reports.