'None of us lie': Trump official pushes back against president's promotion of anti-CDC conspiracy theory 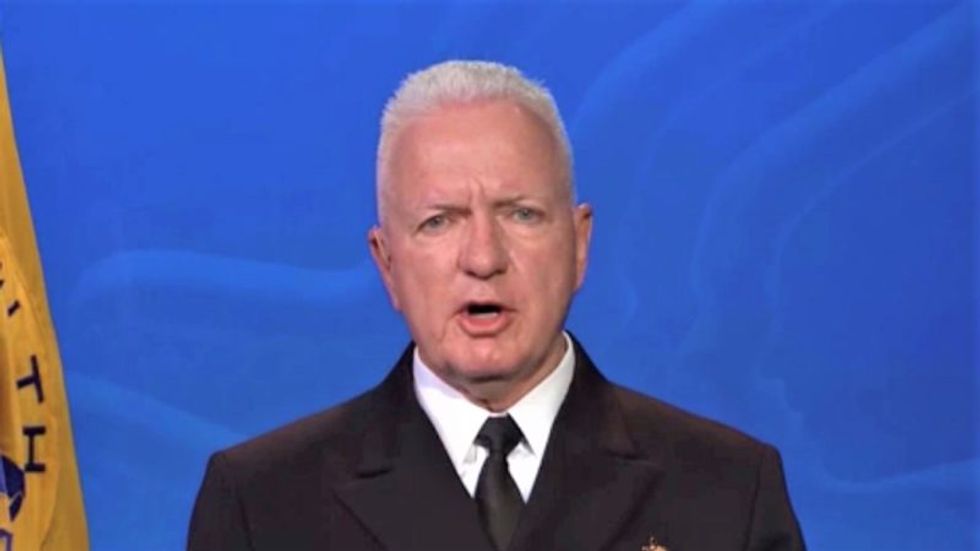 A member of President Donald Trump's coronavirus task force on Tuesday shot down a conspiracy theory promoted by the president that claims medical professionals are deliberately "lying" about the COVID-19 pandemic.

Appearing on NBC's "Today," Adm. Brett Giroir, the federal official tapped by President Donald Trump to oversee efforts to increase COVID-19 testing capacity, pushed back on Trump's promotion of a tweet by former game show host Chuck Woolery that claimed the Centers for Disease Control and Prevention were "lying" about the novel coronavirus to hurt the president.

"We may occasionally make mistakes based on the info we have, but none of us lie," he said. "Nobody lies to the American people. We are completely transparent."

Giroir also said that keeping bars closed was vitally important to keeping the spread of the virus under control.

"You've got to close the bars," he said. "Bars are great, but not during coronavirus.

Despite the record numbers of new infections and the increasing numbers of deaths from the novel coronavirus, Giroir told Guthrie that "we are not there yet, but we are seeing some early light at the end of this tunnel."