'Not even Nixon rewarded his henchmen this way': CNN's Avlon lists off all the criminals Trump sprung with pardons 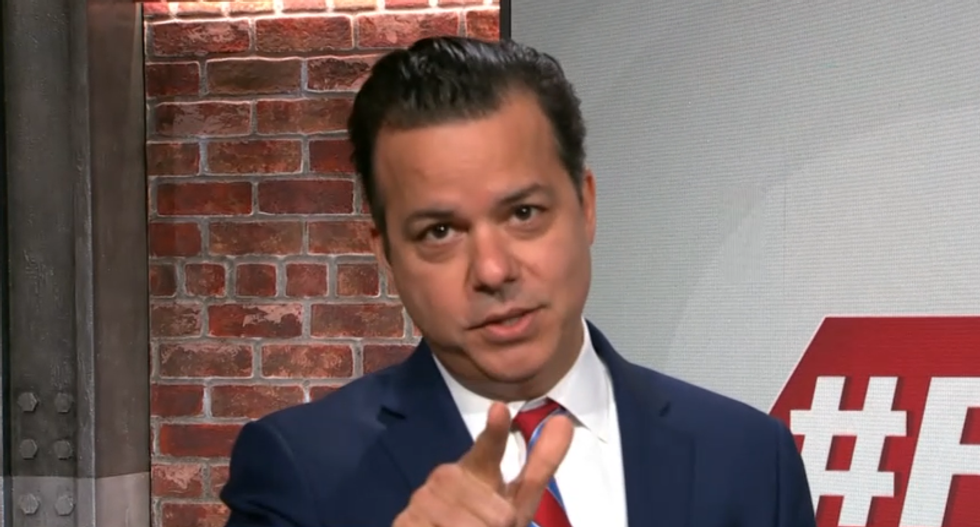 On CNN Tuesday, fact-checker John Avlon broke down the pattern of President Donald Trump rewarding criminals in his orbit with pardons and commutations.

"The Trump orbit has far more than the fair share of felons, many of them out of prison only after sucking up to the president," said Avlon. "Roger Stone is a felon and just the latest beneficiary of the presidential gift to loyalists. A commutation of his 40-month sentence. Even though one of the prosecutors testified they had pressured to go easy on Stone because of the relationship with president. He tampered with witnesses, he was the campaign's primary conduit to Wikileaks, and had hoped to be rewarded for not rolling over on Trump. Not even Nixon rewarded the henchman this way."

"But sucking up to Trump has proven to be an effective way of getting the president to spring you early," said Avlon. "From Sheriff Joe Arpaio, to Eddie Gallagher, the Navy SEAL court-martialed for killing civilians. From Governor Rod Blagojevich, to Dinesh D'Souza, who subsequently made a movie comparing Trump to Abraham Lincoln, which is bonkers."

"But right now, of all of Trump's felons, only one is still actually in prison," said Avlon. "That would be Michael Cohen. And what makes him different? He spoke out against Trump and now, after a furlough, is back in prison. Why? Some think it was this photo of him eating outdoors, violating the house arrest, but that's not it. According to his lawyers, it's to stop him from publishing a tell-all book about Trump before the election. He was suddenly sent back to prison after refusing to sign a document about no contact with the media."

"You might think this is normal procedure, but it's not. Not by a long shot," said Avlon. "In fact, a long list of constitutional scholars were interviewed by the website Just Security, and they described it as 'patently unconstitutional' and 'an obvious violation of his First Amendment rights' ... this is what authoritarian regimes do. Stop the free speech of dissidents, where the ruler deems disloyal."

"This is bigger than Michael Cohen and bigger than partisan politics," said Avlon. "If you claim to be a constitutional conservative, you ought to be outraged about the muzzling of Cohen, because this is the assault on the freedom of speech, and if you accept or ignore or normalize it, then you're reinforcing a culture of fear, a culture that frees felons as long as they defend the president."