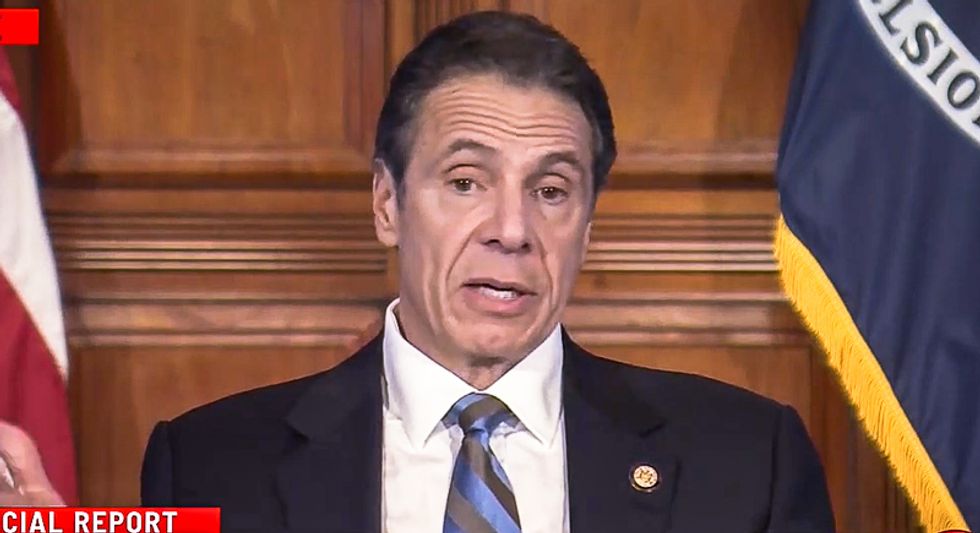 David Solomon's side gig as a DJ generated unwanted attention Tuesday when New York Governor Andrew Cuomo slammed a concert where the Goldman Sachs CEO performed as "illegal and reckless."

Cuomo took to Twitter to express his displeasure with the "Safe & Sound" fundraiser, held over the weekend in the swanky beach town of Southampton.

Cuomo posted a video of participants -- some having paid as much as $25,000 -- dancing in crowds and seeming to ignore social distancing rules meant to counter the coronavirus.

"Videos from a concert held in Southampton on Saturday show egregious social distancing violations. I am appalled," said Cuomo.

"The Department of Health will conduct an investigation. We have no tolerance for the illegal & reckless endangerment of public health."

Cuomo's tweet did not mention Solomon, who was the opening act for the Chainsmokers, with proceeds set to go to No Kid Hungry, a child hunger charity, and other groups.

Solomon, who performs as DJ D-Sol, had said on Instagram that he was "excited" to be part of the event, which was a billed as a "drive-in fundraiser experience."

"David agreed to participate in an event for charity in which the organizers worked closely with the local government and put strict health protocols in place," the spokesperson said.

"The vast majority of the audience appeared to follow the rules, but he's troubled that some violated them and put themselves and others at risk."