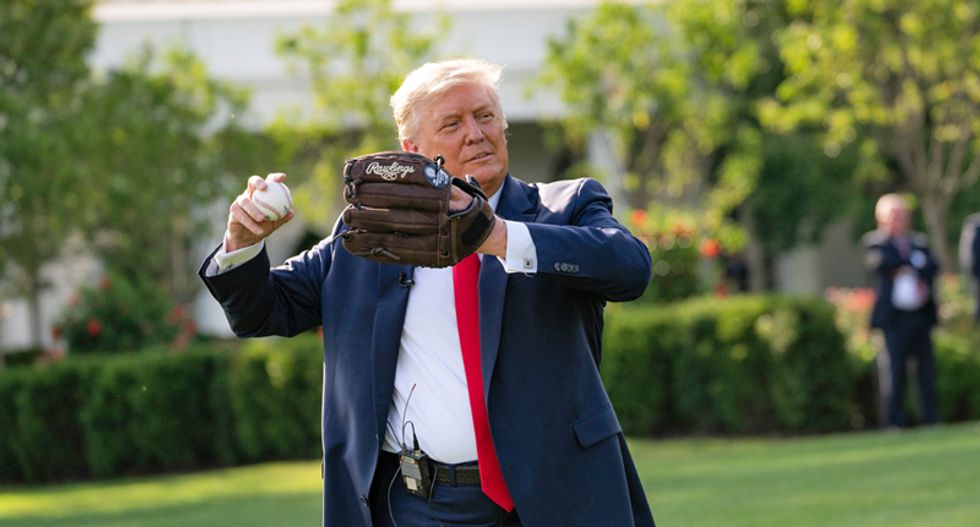 President Donald Trump invited himself to Yankee Stadium to throw out a ceremonial first pitch, and it did not go well for him, according to a new report in The New York Times.

"An hour before Dr. Anthony S. Fauci threw the first pitch at the season opener between the New York Yankees and the Washington Nationals, President Trump stood on the briefing room stage at the White House and declared that he, too, had been invited to throw out his own opening pitch," the newspaper reported.

"There was one problem: Mr. Trump had not actually been invited on that day by the Yankees, according to one person with knowledge of Mr. Trump’s schedule. His announcement surprised both Yankees officials and the White House staff," The Times explained. "But Mr. Trump had been so annoyed by Dr. Fauci’s turn in the limelight, an official familiar with his reaction said, that he had directed his aides to call Yankees officials and make good on a longtime standing offer from Mr. Levine to throw out an opening pitch. But no date was ever finalized."

White House aides apparently scrambled to deal with the situation, but Trump canceled.

Because of my strong focus on the China Virus, including scheduled meetings on Vaccines, our economy and much else,… https://t.co/RCuaQWosOq
— Donald J. Trump (@Donald J. Trump) 1595792651.0