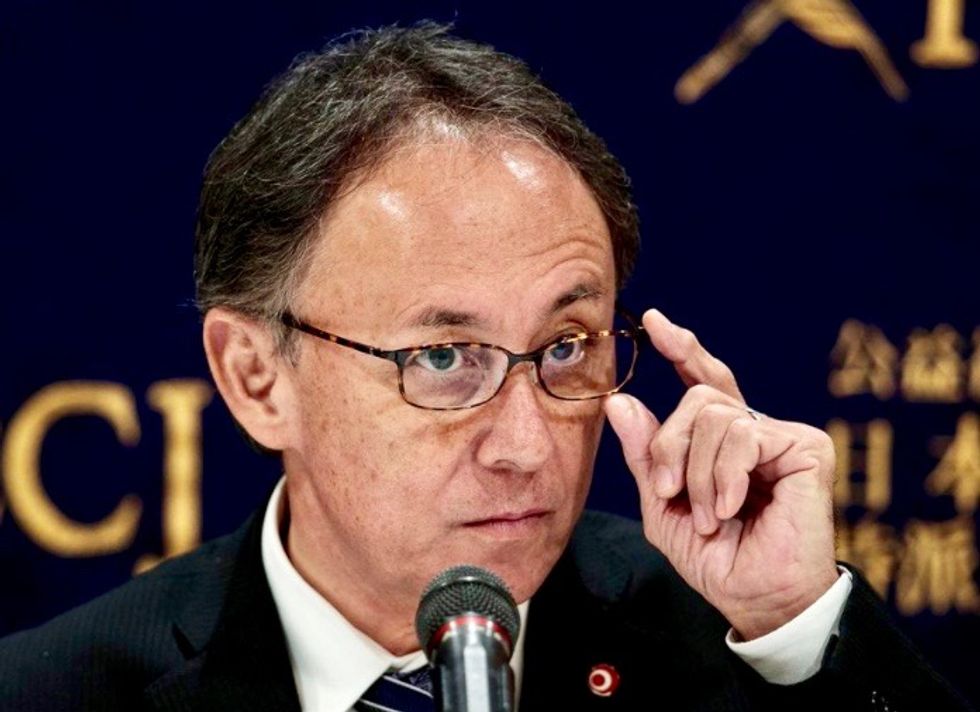 "Infections are rapidly spreading among U.S. personnel when we Okinawans are doing our utmost to contain the infections."

Okinawa Gov. Denny Tamaki slammed the U.S. military over the weekend for not taking sufficient action to prevent the spread of Covid-19 after dozens of Marines stationed on the Japanese island tested positive, threatening to spark a large outbreak in a community where the virus has otherwise been well-contained.

Tamaki said during a press conference Saturday that "Okinawans are shocked" by the surge in cases among American Marines on the island. The Associated Press reported that the U.S. military only disclosed the number of cases among U.S. Marines after Okinawan officials repeatedly demanded transparency.

"We now have strong doubts that the U.S. military has taken adequate disease prevention measures."

"It is extremely regrettable that the infections are rapidly spreading among U.S. personnel when we Okinawans are doing our utmost to contain the infections," said Tamaki. "We now have strong doubts that the U.S. military has taken adequate disease prevention measures."

Around 20,000 U.S. troops are stationed at more than 30 locations on Okinawa. While it is not known how the U.S. personnel were infected, Japanese newspaper Asahi Shimbun reported Saturday that local officials were concerned "about a sudden spike of infections because he saw many U.S. military service members wandering around outside the bases on the Fourth of July."

"We have raised the level of warning because we believe that infections are already spreading within our community," said Mayor Masaharu Noguni of Chatan, Okinawa.

As the New York Times reported Monday, the new Covid-19 cases in Okinawa "are a new strain on relations between the military and the local government, where the presence of American bases, dating to the end of World War II, has been an ongoing source of friction."

"Citizens have long complained of noise, crime, and aircraft accidents, and have repeatedly questioned why nearly half of the 55,000 American troops in Japan—which include personnel from all of the military branches—are stationed on Okinawa," the Times noted.

Tomonari Kiyuna, a worker at a noodle shop in Chatan, told the Times that he is "scared" by the surge in coronavirus infections among U.S. troops.

"We're very careful, wearing masks, washing hands, and sanitizing," Kiyuna said. "I want them to disclose the information. They are Americans but they are staying in Okinawa, Japan. Okinawans or the Japanese people have the right to know."