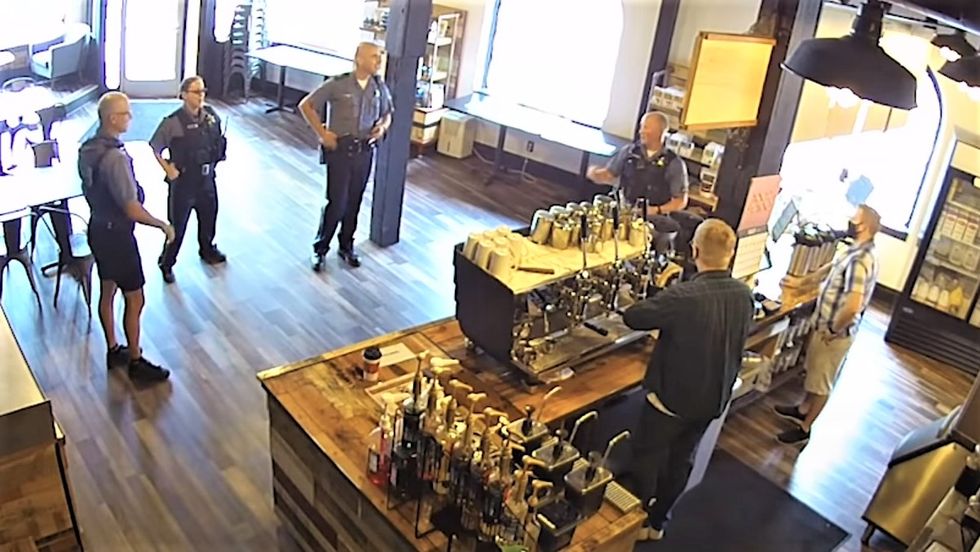 Security camera footage in an Oregon coffee shop shows a group of Oregon State Police officers refusing to wear face masks, and the shop's manager claims one of them went off on a profane rant against Democratic Oregon Gov. Kate Brown when confronted.

The Oregonian reports that Travis Boss, the assistant manager at the coffee shop, claims that he politely asked the officers to wear masks before entering his store, and he cited Gov. Kate Brown's recent statewide face mask mandate.

"Governor Brown has no authority to take our civil liberties," one state trooper said, according to Boss. "We aren’t going to wear masks... f*ck Kate Brown."

Capt. Timothy Fox, spokesman for the Oregon State Police, said after learning of the incident that the officer who allegedly went on a tirade about face masks has been placed on administrative leave and is under formal investigation.

"OSP is early in the investigation, but if found to be true, we are thoroughly disappointed and expect our troopers to follow the governor’s executive orders and be examples in the community," Fox said.

Watch security camera footage of the officers below.