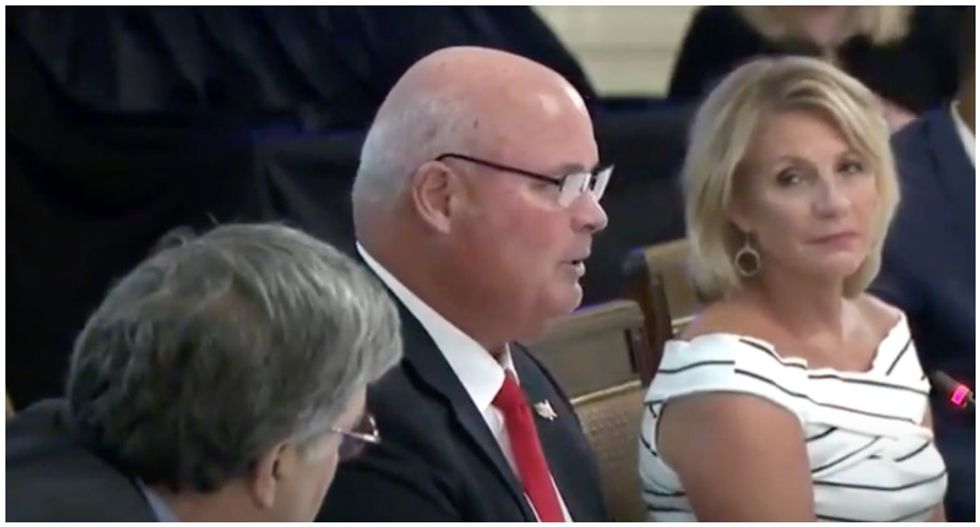 About a week after a Tennessee pastor attended a round table event at the White House, he was diagnosed with COVID-19, WVLT reports.

“It started with a really severe cough that lasted two or three days but it’s mostly gone,” Cleek said, adding that he never came into close proximity of President Trump.

“Before we were even allowed in we were tested,” Cleek said. “And at that time I tested negative.”

“It is a serious illness…and it is very contagious,” Cleek, who is currently under quarantine, said.

Cleek initially gained national attention when his church donated $1,000 to every Jonesborough Department of Public Safety employee who was battling COVID-19.