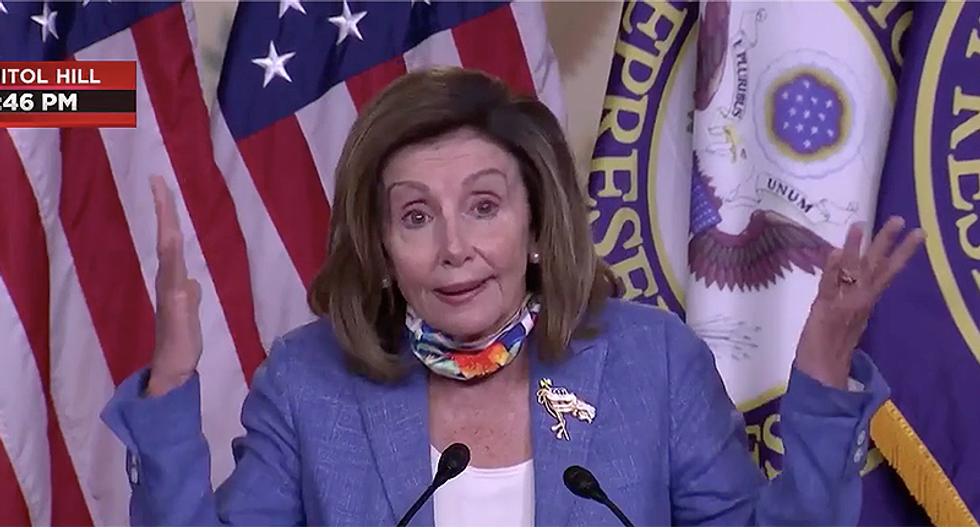 House Speaker Nancy Pelosi (D-CA) revealed in her weekly press briefing that the Russian sanctions bill had sanctions that specifically targeted Russian intelligence, known as the GRU. But those sanctions were stripped out of the bill.

She went on to say that the investigation into the Russian bounty on Americans shouldn't distract from the fact that Russia is trying to interfere with U.S. elections, or that "all roads through this president lead to Putin."

It was reported by the New York Times this week that the money sent to the Taliban for the heads of American soldiers went from GRU accounts to the Afghan militants.