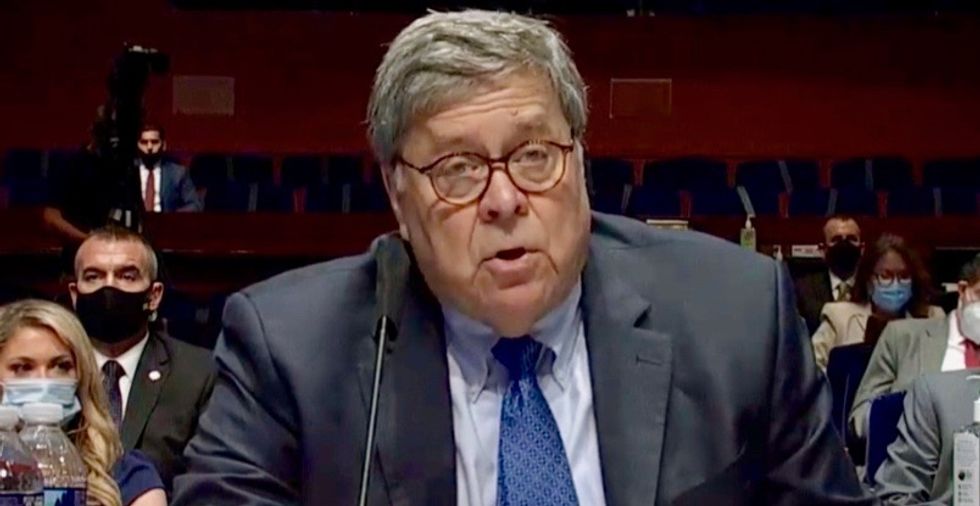 On July 22, a group of legal experts and prominent attorneys in Washington, D.C. filed a letter of complaint against Attorney General William Barr, accusing him of acting unethically in service of President Donald Trump and failing to honor the rule of law. That letter, attorney Paul Rosenzweig stresses in a USA Today op-ed published on July 28, was perfectly justified — as Barr has shown a pattern of dishonesty.

Rosenzweig, who served as a senior counsel to right-wing attorney Kenneth Starr during the Whitewater investigation of President Bill Clinton during the 1990s, writes, “According to the complaint, Attorney General Barr has violated the Washington, D.C. rules and engaged in unethical conduct. It says he has been dishonest and deceitful, and has also interfered with the administration of justice. Barr, of course, is not just any lawyer — he is the most important public lawyer in America. If anything, ethical violations by a lawyer holding a public office should be viewed as more egregious because the violations betray the public trust attached to the office.”

“Fundamentally, Barr breached his duty to the American people by advancing the interests of the president over those of the nation,” according to Rosenzweig. “He did so by systematically engaging in deceitful and misleading dishonesty.”

Barr, Rosenzweig adds, was dishonest about the Mueller Report and the former special counsel’s conclusions.

“In multiple statements and press appearances,” Rosenzweig  explains, “Barr said the report absolved the president of criminal liability for obstructing justice. We now know, of course, that it did no such thing and that, as over 1000 prosecutors have said, the evidence of the president’s criminality was substantial. Being dishonest with the public in this way is unethical, deceitful conduct.”