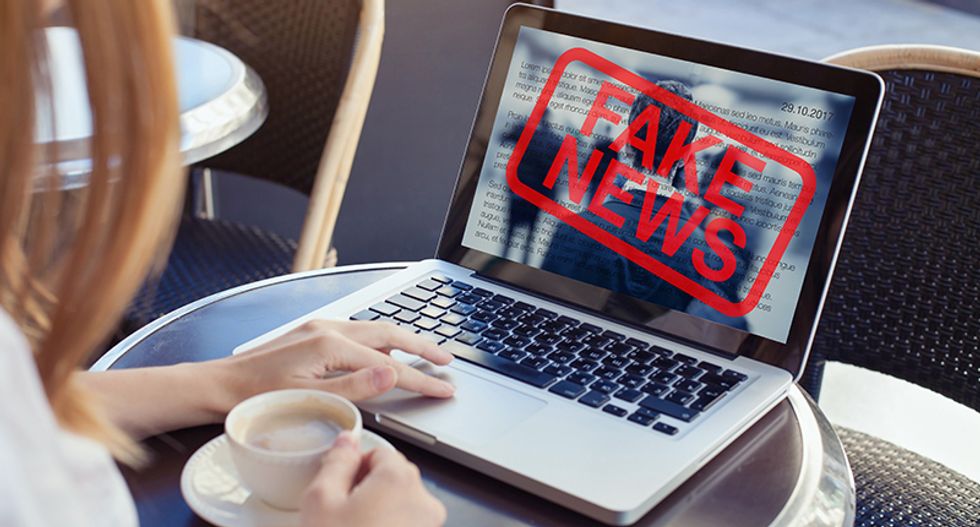 The scheme, wrote Adam Rawnsley, included "a network of at least 19 fake personas that has spent the past year placing more than 90 opinion pieces in 46 different publications. The articles heaped praise on the United Arab Emirates and advocated for a tougher approach to Qatar, Turkey, Iran and its proxy groups in Iraq and Lebanon."

One such fake persona, wrote Rawnsley, was "Raphael Badani."

"As a Newsmax 'Insider' columnist, he has thoughts about how Iraq needs to rid itself of Iranian influence to attract investment and why Dubai is an oasis of stability in a turbulent region. His career as a 'geopolitical risk consultant and interactive simulation designer' and an 'international relations senior analyst' for the Department of Labor have given him plenty of insights about the Middle East. He’s printed those insights at a range of conservative outlets like the Washington Examiner, RealClear Markets, American Thinker, and The National Interest. Unfortunately for the outlets who published his articles and the readers who believed them, Raphael Badani does not exist."

In addition, some right-wing personalities have promoted these articles on social media, including Students for Trump co-founder Ryan Fournier:

According to the report, Twitter "suspended Badani’s account along with 15 others after The Daily Beast shared the results of its investigation into the network for violating the company’s 'policies on platform manipulation and spam.'"