‘Put on your mask!’ House’s tech hearing briefly goes off the rails as GOP’s Jim Jordan clashes with chairman 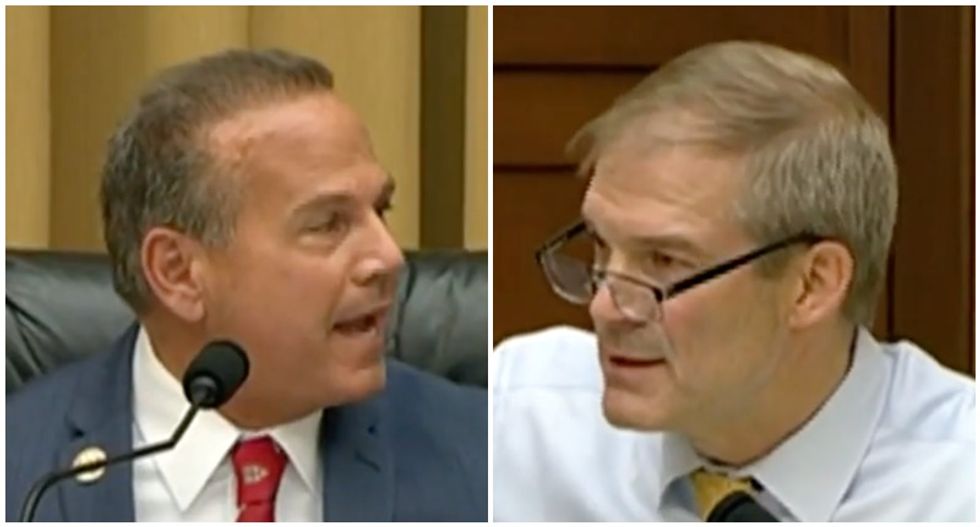 During a House Judiciary Committee hearing this Wednesday, Rep. Jim Jordan (R-OH) rattled off a list of examples that he claims proves social media and search platforms are censoring conservative content. At one point during Jordan's rant, he made a unanimous consent request to introduce a new witness, which was immediately shut down by Rep. David Cicilline (D-RI).

As Cicilline tried to introduce the next witness, he was repeatedly interrupted by Jordan.

"We're talking about people's liberties here and you..." Jordan said before a frustrated Cicilline interjected.

"Mr. Jordan, you made a unanimous consent request, objection was heard, those are our rules," Cicilline told Jordan.

Jordan then continued to talk over Cicilline as he tried to move forward, before being chided by someone else off camera to "Put your mask on!"