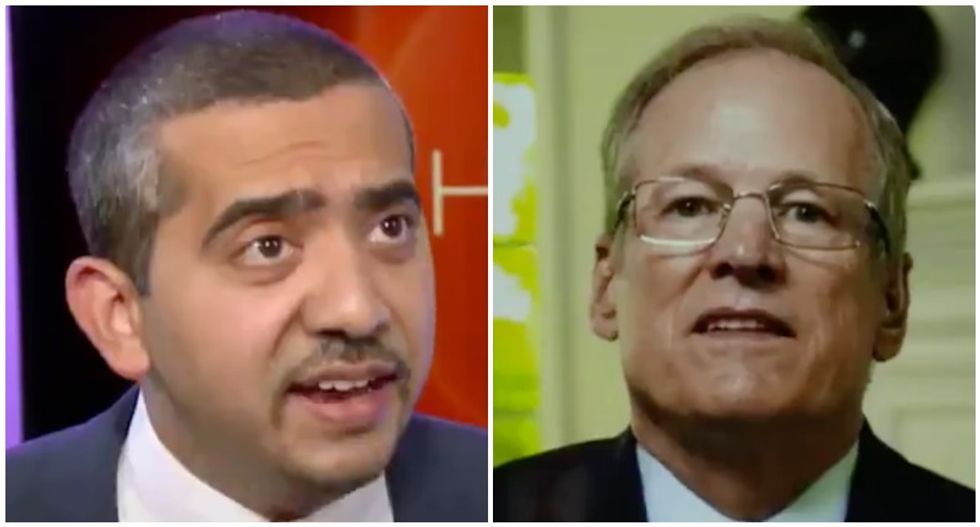 In a preview of an interview set to air this Friday, Al Jazeera's Mehdi Hasan questions former GOP Rep. and current Trump supporter Jack Kingston, pressing him on one of the "maddest things I've ever heard from any politician" in his lifetime.

Mehdi asked Kingston about Trump's April comments where he suggested disinfectant can be injected into the human body to combat coronavirus.

"Even you, Jack, at that point must have said this guy shouldn't be in charge of a bake sale, let alone a pandemic response," Mehdi said.

According to Kingston, Trump was actually wondering if there's a way to "internally digest a medicine that could cure it," adding that he could understand Mehdi's "discomfort" at hearing Trump say such a thing at a press conference.

Mehdi repeated Trump's comments, telling Kingston that it was the "dumbest thing I've ever heard any world leader say in my entire life."

"That's what everybody said when Henry Ford said 'I want an automatic transmission,'" Kingston replied. "He had all the engineers at Ford Motor Company telling him it's impossible, and he kept setting it up."

"So Donald Trump is Henry Ford by suggesting bleach and disinfectant?" Mehdi shot back.

Watch the full preview below: