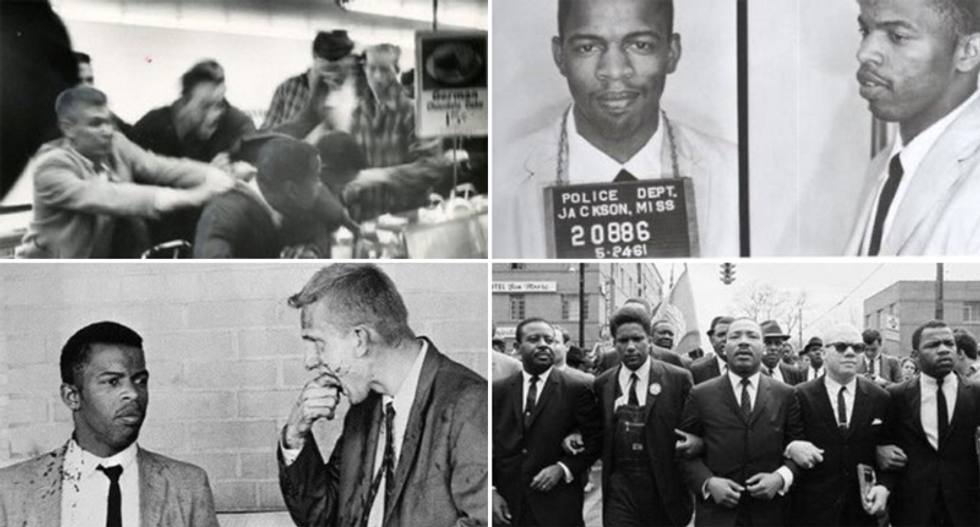 Rep. John Lewis (D-GA) passed away on Friday evening, according to multiple reports.

"John Lewis, who went from being the youngest leader of the 1963 March on Washington to a long-serving congressman from Georgia and icon of the civil rights movement, has died. He was 80," Politico reported. "As a leader of the Student Nonviolent Coordinating Committee, Lewis was a committed participant in some of the key moments of the movement — an original Freedom Rider in 1961, a principal speaker at the March on Washington in 1963, one of those brutally clubbed during a 1965 march in Selma, Ala. Through it all, he faced taunts, beatings and dozens of arrests."

With Congresman John Lewis passing this evening our nation has lost a civil rights giant, one of the original freed… https://t.co/rqzOnhNETv
— Yashar Ali 🐘 (@Yashar Ali 🐘) 1595042860.0

I am heartbroken at the loss of John Lewis. Every conversation I ever had with him left me inspired. He was one of… https://t.co/kJEeONpItr
— Norman Ornstein (@Norman Ornstein) 1595043054.0

This is such a momentous loss for Congress and our nation. John Lewis showed us all how to affect change in the nam… https://t.co/9pO3urBbwo
— Bill Foster (@Bill Foster) 1595043575.0

May Congressman John Lewis Rest In Peace and may his memory be a reminder for us all to make #GoodTrouble. https://t.co/0CHWzaofmr
— Rep. Harley Rouda (@Rep. Harley Rouda) 1595043003.0