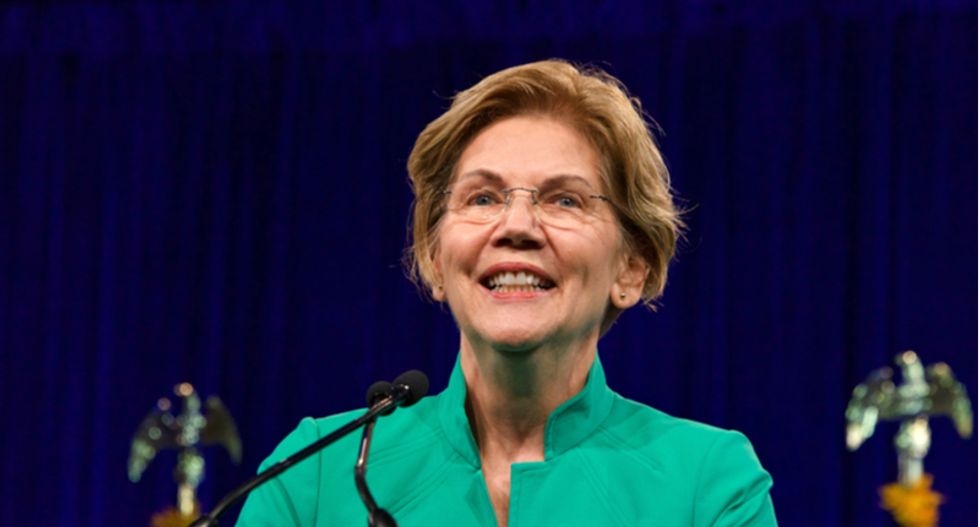 Grabbing a clip from a recent online chat between Elizabeth Warren and progressive strategists, RNC rapid response director took a joke out of context and accused Warren of "endorsing voter fraud" for the upcoming November election.

In the clip, Warren jokingly tells Biden campaign advisor Simone Sanders that her dog Bailey will be "voting Democrat" in the 2020 election. But Steve Guest saw something sinister at play.

"Elizabeth Warren endorses voter fraud, says her dog will be voting Democrat," Guest wrote, adding that voter fraud "is not a joking matter."

While the comment thread beneath the tweet had plenty of people who agreed with his sentiment, there was a healthy contingent of people who saw right through his attempt to turn a joke into something sinister.

@SteveGuest One of many things I don't like about so-called republicans and conservatives is their complete lack of… https://t.co/xfDra6aC0V
— TheFogeyYogi (@TheFogeyYogi) 1594931259.0

@SteveGuest Another swing. Another miss. At least the photo of Biden with his son was adorably sweet, @SteveGuest.… https://t.co/fkrGyJZGZ5
— Eric Owens (@Eric Owens) 1594931863.0