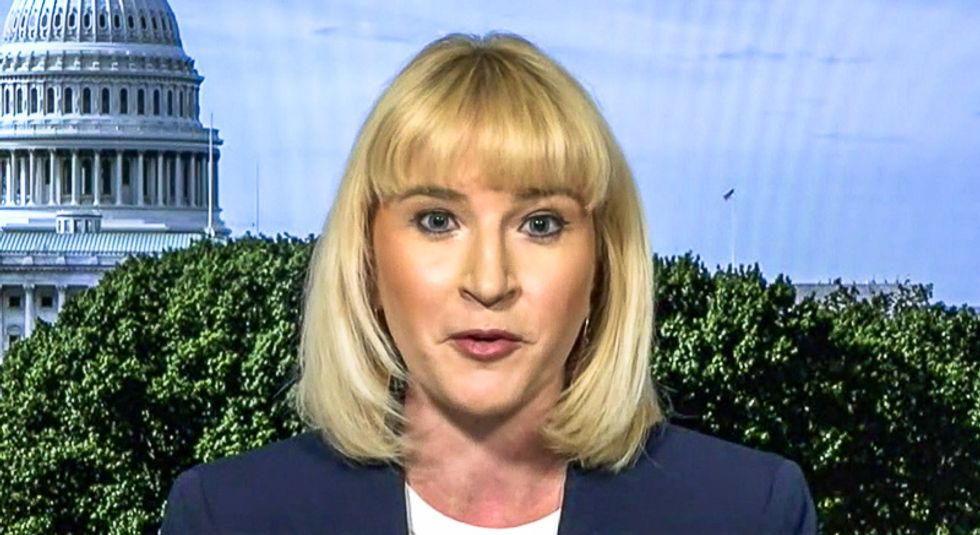 During an appearance on Fox News, Harrington blasted an op-ed in which presumptive Democratic nominee Joe Biden declared "all people are created equal and should be treated equally throughout their lives."

Harrington claimed that the idea is an assault on the Declaration of Independence, which says that all "men" are created equal.

"It's amazing for Joe Biden to talk about eroding our foundation when his party is taking a sledgehammer to it," Harrington complained. "They are saying you can't go to Mt. Rushmore, you can't celebrate Washington, Jefferson and Lincoln."

"His party is trying to rewrite history and tear it all down," she continued. "And it's very fitting that Joe Biden, in this op-ed, has the audacity to literally rewrite the greatest foundational document in this history of mankind, the Declaration of Independence."

According to Harrington, "That is not a constitutional republic."

"That's the same radical left socialism that has taken over his party," she added. "That is really not just eroding our foundation, but rewriting it and out to destroy it."