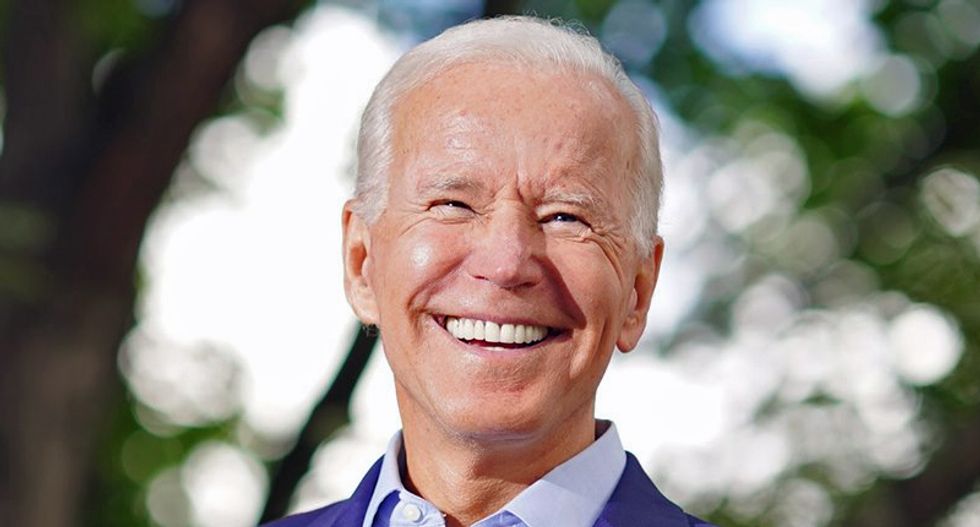 RNC Rapid Response Director Steve Guest on Monday tweeted a photo of a young Joe Biden, cradling in his arms either Hunter Biden or his now-late son, Beau Biden. In the decades-old image the young child is wearing a Washington Redskins hat.

Guest appended a question to his tweet: "Hey Joe Biden are you still a Redskins fan?"

Early Monday the Redskins announced they are "retiring" their team's racist name, amid tremendous pressure from the left.

The attack backfired, as many on social media fell for the endearing photo of the young U.S. Senator in a warm, very personal moment with his child.

It's not clear exactly how old the photo is, but Biden lost his one-year old daughter, Naomi, and his wife in a car accident around the time the photo would have been taken. 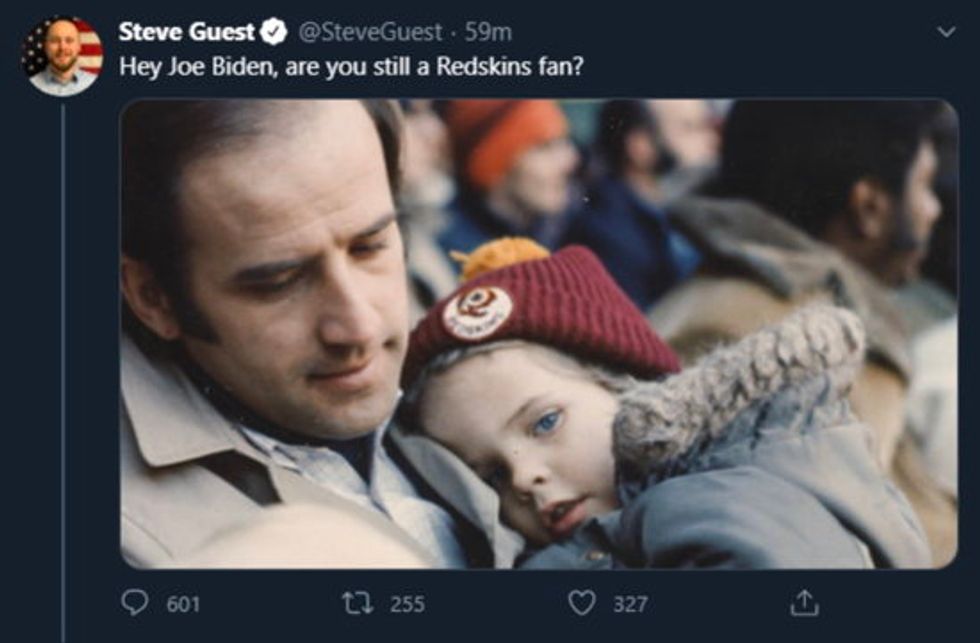 Guest quickly deleted the tweet, but not before it generated tremendous outrage.

Undisturbed and unapologetic, Guest claimed there was a good chance the child in the photo was "Hunter Biden, Joe Biden’s crack smoking son who was administratively discharged from the Navy for testing positive for cocaine and who has abused his dad’s elected position to get rich off the Chinese Communist Party."

Calling the "family moment" an "odd choice for an attack," Talking Points Memo adds: "Just last month, Biden posted the photo and others on his Facebook page under a note about Father’s Day."

The internet trounced Guest for his ugly attack.

Hey .@SteveGuest you have any pictures of Trump at events with his children under 5? Or just him and Barron at any… https://t.co/zFDZNhMpCu
— Tony Posnanski (@Tony Posnanski) 1594670881.0

@SteveGuest @realDonaldTrump I found that tweet you deleted. The tweet of a single father with his two motherless c… https://t.co/lLQMwucdwI
— Mike C! (@Mike C!) 1594669375.0