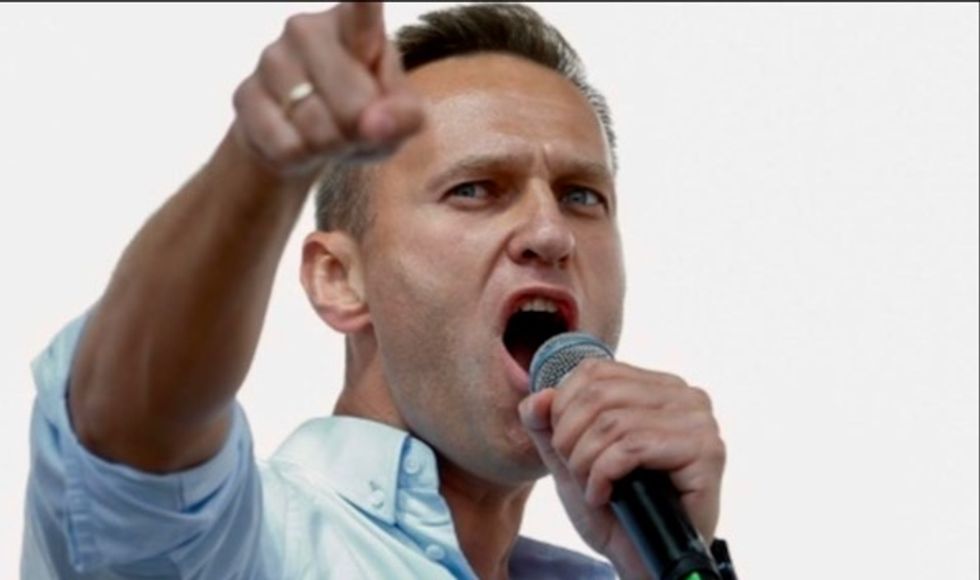 Russian police on Friday carried out a new raid on the offices of main opposition leader Alexei Navalny as Kremlin critics accuse authorities of ramping up efforts to quash dissent.

Alexander Golovach, a lawyer working for Navalny's Anti-Corruption Fund (FBK), posted a video on social media of policemen arriving at their offices in southern Moscow.

Navalny, who was questioned by investigators Friday, said he had been banned from leaving the capital as part of a new criminal case against him.

The 44-year-old said authorities want to prevent him from traveling across the country to promote a tactical voting strategy to oppose loyalists of President Vladimir Putin ahead of regional elections in September.

Last year pro-Kremlin candidates suffered losses in Moscow city polls, and Navalny has called on his supporters to use the same tactic to oust members of the increasingly unpopular ruling party United Russia in September.

Navalny said he was being questioned by investigators as part of a new probe for suspected slander over comments the opposition politician made on social media.

In June, the Investigative Committee, which probes major cases, said Navalny is suspected of defaming a World War II veteran.

His close ally Leonid Volkov suggested the raid might be linked to the new case. Navalny's spokeswoman Kira Yarmysh did not immediately comment.

Members of Russian's law enforcement have repeatedly raided Navalny's offices, and the opposition politician has personally been the target of multiple criminal probes.

He was barred from challenging Putin in 2018's presidential election.

Kremlin critics have accused Russian authorities of ramping up repression against opponents after Putin oversaw a constitutional vote last month that allows him to potentially remain in power until 2036.

On Friday, Navalny's ally and up-and-coming opposition politician Lyubov Sobol accused the Kremlin of tightening the screws on critics.

"Putin's approval ratings have crashed, the economy is in doldrums, thousands-strong protests in the regions," said Sobol, referring to anti-Kremlin rallies in the far-eastern region of Khabarovsk.

"What to do? Come search the FBK for the umpteenth time!" she wrote on Twitter.

Navalny says the seven-day vote on the changes to the constitution was not properly observed by monitors and set a record for falsified ballots.

This week Moscow police detained nearly 150 people who marched in the city centre against the constitutional reforms.