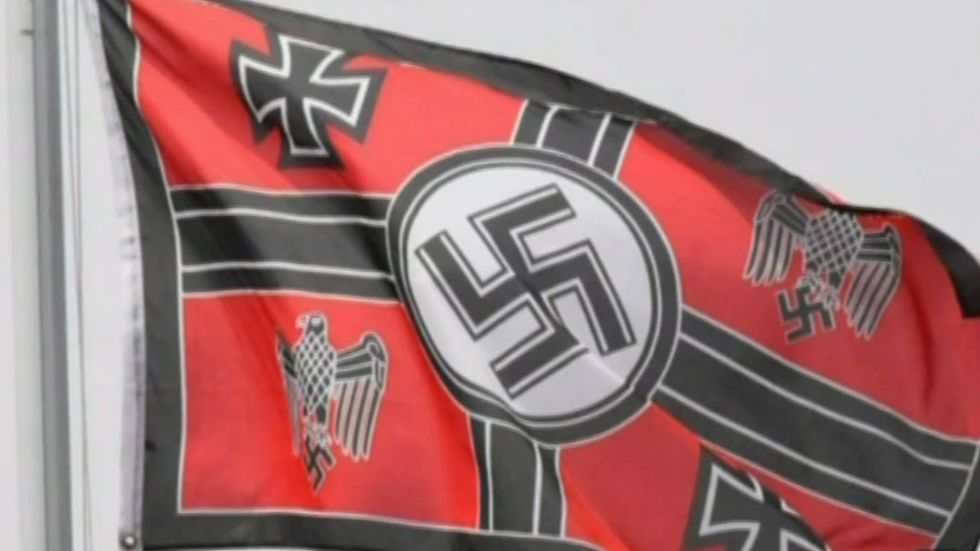 A man who has become notorious for driving around the San Diego area with a Nazi flag on the back of his car filed a report with police this week after he caught people vandalizing his Third Reich memorabilia.

The Times of San Diego reports that the man, whom police are not identifying, lodged a complaint claiming that he found a man "tampering" with the Nazi flag he had draped over the back of his red-and-black SUV.

"Just before 2 p.m., a man contacted the Sheriff’s Department to report his Nazi flag had been vandalized in a store parking," a San Diego County Sheriff's Department spokesman explained. "Both men began to argue when the reporting party stated he was pushed by the other man... He also claims he was verbally and physically attacked by a woman who appeared to be with the man who had vandalized the flag."

After confronting the Nazi flag driver, the two people got into a car with two other people and drove away, police said.

Police say that they are investigating the incident as a potential case of vandalism and battery, but so far have not released any further details about the alleged incident, other than it supposedly occurred on June 28th.