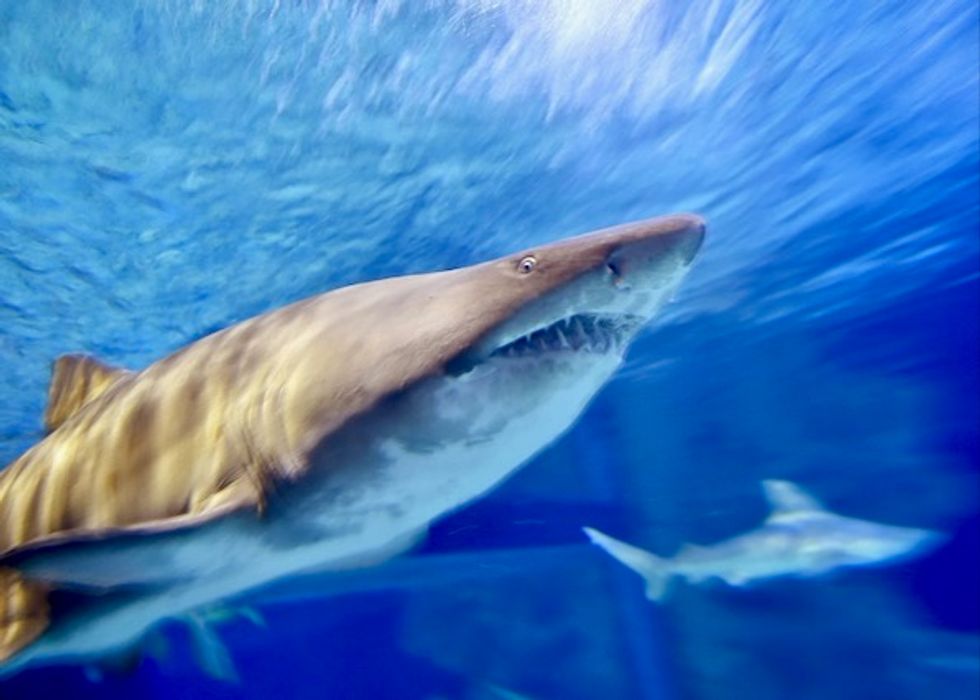 A shark "grabbed" a 10-year-old boy from a fishing boat off Australia on Friday but swam off after his father jumped in to save him, officials said.

The boy was taken to hospital in stable condition with cuts to his arm, chest and head after the attack off the coast of the island state of Tasmania, the local government reported.

The child was wearing a life vest as he accompanied his father and two other men fishing five kilometres (three miles) from shore when the shark "grabbed him from the boat", it said in a statement.

Australia has one of the world's highest incidences of shark attacks and there have been five fatal maulings in the country so far this year.

The most recent was a 15-year-old surfer killed last week off the country's eastern coast.