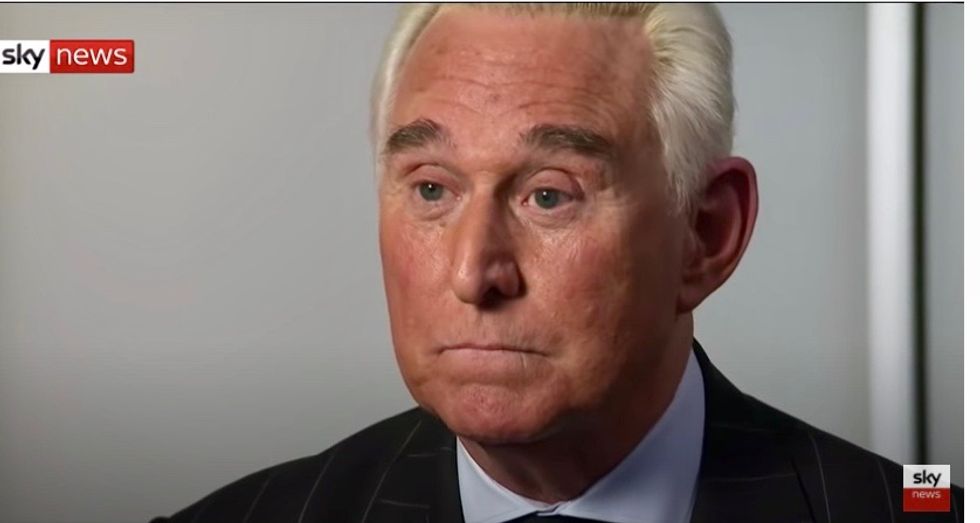 President Donald Trump is expected to commute the 40-month sentence of his longtime friend and former campaign advisor Roger Stone, as soon as this evening.  Stone was convicted on seven felony counts. Trump has been defending Stone for years, and in an interview with NBC News' Howard Fineman late Friday afternoon, Stone all but threatened the president to commute his sentence:

“He knows I was under enormous pressure to turn on him. It would have eased my situation considerably. But I didn’t,” Stone said about Trump – clearly telegraphing to the President he still could "turn on him" if Trump doesn't keep him out of jail.

Some, like attorney George Conway, are saying Stone's request “couldn’t be more corrupt.”

What Americans don't know, although apparently the president does, is what Stone has on Trump.

But here's Trump, literally over the course of the past three years, defending Stone, who last year was convicted on seven felony counts, including witness tampering, threatening a witness, lying to Congress, and obstruction.

May 10, 2017, in response to tremendous outrage one day earlier when Trump fired FBI Director Jim Comey. Stone said he had talked to Trump.

Dec 3, 2018. Trump appears to be praising Stone for not turning on him – something Stone today (above) reminded him of.

“I will never testify against Trump.” This statement was recently made by Roger Stone, essentially stating that he… https://t.co/aOL1xK9cp8
— Donald J. Trump (@Donald J. Trump)1543852092.0

Jan 26, 2019: Here Trump begins to fraudulently frame Stone's felonies as no big deal. "What about Hillary..."

January 27, 2019: Again, Trump tries to make it appear what Stone did was not as bad as what was supposedly done to Trump. (Nothing was done to Trump.)

Trump suggests that just because Stone wasn't working for him he wasn't helping him. As Americans have repeatedly seen, Trump keeps certain people very close.

Quiet for many months, then, Nov 15, 2019: For the third time Trump tries to rehabilitate Stone in the minds of the American people. Stone lied, but so did other people, Trump claims, so, no big deal, he suggests.

Also, Stone wasn't just convicted of lying to Congress. Witness tampering and obstruction were among the felonies he was charged with and convicted on.

February 12, 2020: Right after this all the DOJ prosecutors on the Roger Stone case would resign in response to Attorney General Bill Barr's intervention to get Stone's sentencing recommendation reduced.

Feb 13, 2020: One day later, Trump spreads fake news. The foreperson did not have a conflict of interest. And just remember, it's unprecedented for a president to weigh in on the proceedings of almost any individual, least of all a good friend who appears to be protecting the President.

“What has happened to Roger Stone should never happen to anyone in our Country again.” @TuckerCarlson @FoxNews
— Donald J. Trump (@Donald J. Trump)1582178577.0

Same day. Trump repeatedly has called himself the nation's chief law enforcement officer. Here he is essentially saying no one should be prosecuted or go to jail for any offense because other people do similar things too. Also, none of the people he mentioned committed crimes.

April 30, 2020: And here's Trump painting the actual law enforcement agents, the FBI, as the bad guys, because Stone is his good friend and also may have the goods on him.

May 20, 2020: Less than two months ago. Poor Roger, who again reminds that he will not testify against Trump.