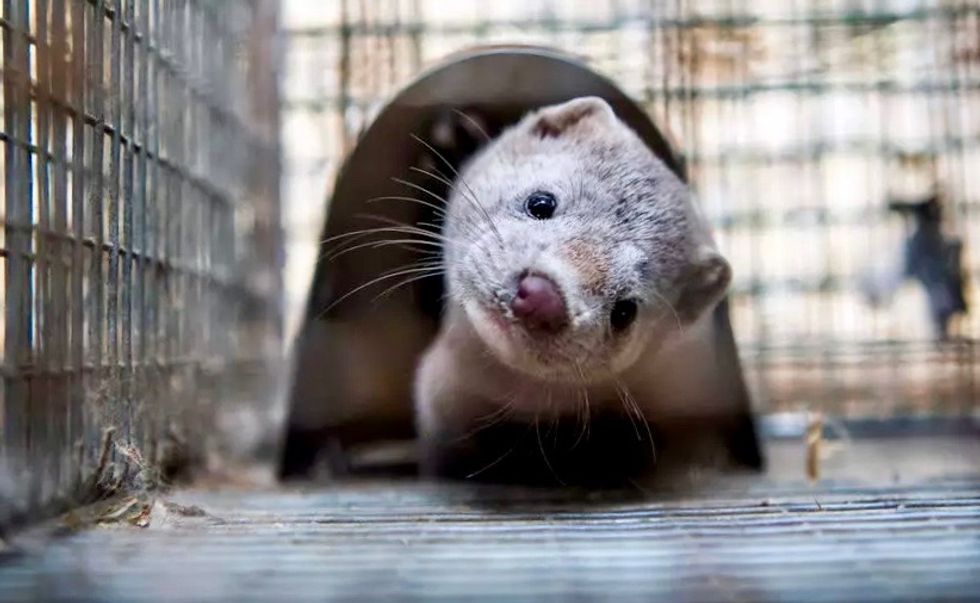 Spain has ordered the culling of nearly 100,000 mink on a farm in the northeast after confirming many were carrying coronavirus, a regional minister said on Thursday.

Speaking to reporters, Joaquin Olona, agriculture minister for the Aragon region, said the cull would involve the slaughter of some 92,700 mink who are prized for their pelt.

Located in Puebla de Valverde, about 100 kilometres (60 miles) northwest of the coastal resort of Valencia, the mink farm has been carefully monitored since May 22 after seven workers tested positive for COVID-19, he said.

Since then, no animals have left the property, which is the only mink farm in Aragon.

Officials have since carried out a string of PCR tests which on July 13 showed that 87 percent of the mink were infected, prompting the decision to carry out a cull "to avoid the risk of human transmission," Olona said.

Officials suspect the virus first reached the farm through a worker who passed it on to the animals.

But Olona said it was not completely clear if "transmission was possible from animals to humans and vice versa".

In the Netherlands, tens of thousands of mink have been slaughtered since the start of the pandemic after 20 farms were found to be infected, the Dutch authorities said earlier this month.

The move came after at least two farm workers were found to be infected with COVID-19 in May, most likely by the mink, with the World Health Organization saying it could be the "first known cases of animal-to-human transmission".

Spain has been badly hit by the pandemic, which has so far claimed more than 28,400 lives, with the authorities carefully monitoring more than 120 new outbreaks that have emerged since the lockdown was lifted on June 21.