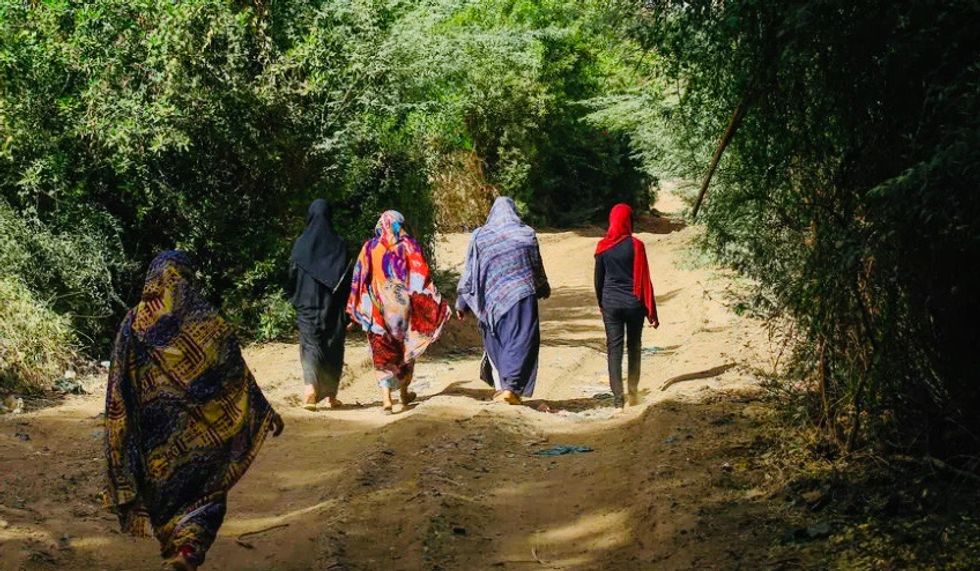 The sovereign council, comprising military and civilian figures, approved a series of laws including criminalization of the age-old practice known as FGM or genital cutting that "undermines the dignity of women", the ministry said in a statement.

The reform comes a year after longtime president Omar al-Bashir was toppled following months of mass pro-reform protests on the streets in which women played a key role.

Sudan's cabinet in April approved amendments to the criminal code that would punish those who perform FGM.

"The mutilation of a woman's genital organs is now considered a crime," the justice ministry said, punishable by up to three years in prison.

It said doctors or health workers who carry out genital cutting would be penalized, and hospitals, clinics or other places where the operation was carried out would be shut.

"It is an important step on the way to judicial reform and in order to achieve the slogan of the revolution -- freedom, peace and justice," he tweeted.

The premier vowed that Sudan's new authorities would "forge ahead and review laws and make amendments to rectify flaws in the legal system".

Nearly nine out of 10 girls in Sudan fall victim to FGM, according to the United Nations.

In its most brutal form, it involves the removal of the labia and clitoris, often in unsanitary conditions and without anaesthesia.

The wound is then sewn shut, often causing cysts and infections and leaving women to suffer severe pain during sex and childbirth complications later in life.

Rights groups have for years decried as barbaric the practice, which can lead to myriad physical, psychological and sexual complications and, in the most tragic cases, death.

The watershed move is part of reforms that have come since Bashir's ouster.

"It is a very important step for Sudanese women and shows that we have come a long way," women's rights activist Zeinab Badreddin said in May.

The United Nations Children's Fund has also welcomed the move.

"This practice is not only a violation of every girl child's rights, it is harmful and has serious consequences for a girl's physical and mental health," said Abdullah Fadil, the UNICEF Representative in Khartoum.

The UN says FGM is widespread in many countries across Africa, the Middle East and Asia, affecting the lives of millions of girls and women.

In Sudan, rights campaigners say the custom has over the past three decades spread to remote regions where it was previously not practiced, including Sudan's Nuba mountains.

In neighboring Egypt, as in several other countries, genital cutting is now prohibited. A 2008 law punishes it with up to seven years in prison.

Sudan's anti-FGM advocates came close to a ban in 2015 when a bill was discussed in parliament but then shot down by Bashir who caved in to pressure from some Islamic clerics.

Yet many religious leaders have spoken out against genital cutting over the years.