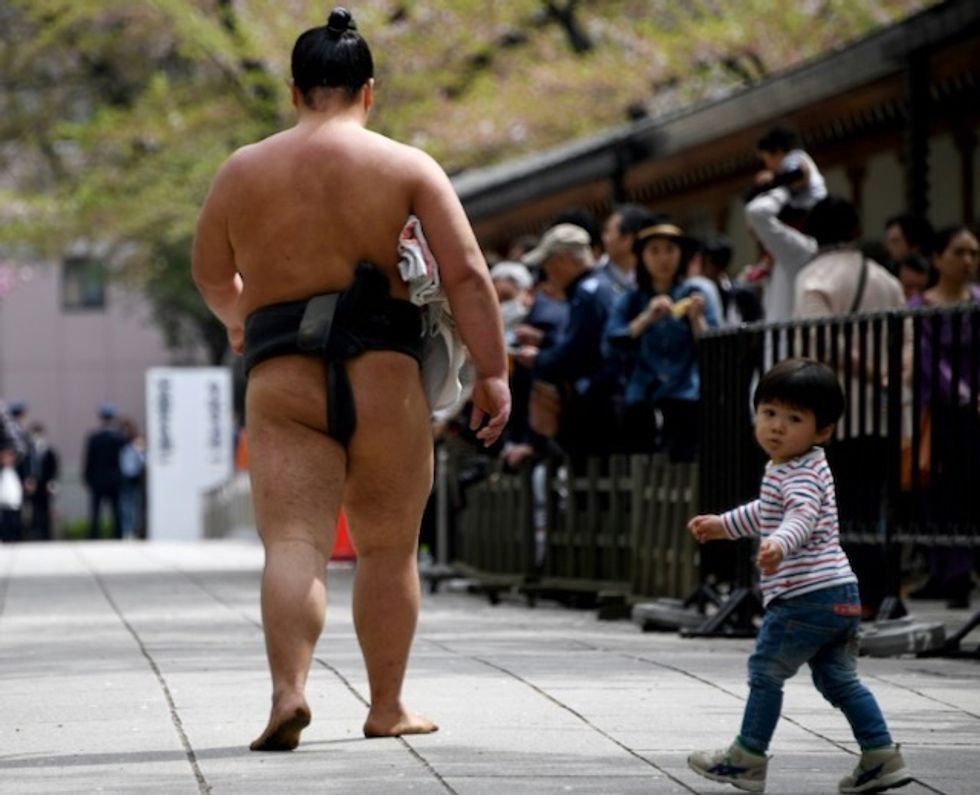 Sumo began a new tournament in front of a live audience Sunday, despite a steady rise in coronavirus infections, with fans voicing both joy and caution about watching the Japanese spectacle during the pandemic.

The tournament runs through August 2 at Ryogoku Kokugikan, the primary sumo arena at the heart of the Japanese capital.

The tournament comes a week after Japanese baseball and football opened stadiums to spectators, and as the government seeks to keep the economy open despite worrying signs of the virus's resurgence, particularly in Tokyo.

"Well, it's scary, isn't it," said fan Katsuhiko Ochiai, 59, who travelled from neighbouring Chiba region to attend the first day.

Only 2,500 fans were allowed inside the 11,098-seat stadium, unlike in normal times when bouts are performed in front of sold-out crowds.

They were asked to refrain from cheering and stick to applause to express their passion.

"It will be different," said Kazuo Aoki, 49, also a frequent visitor to the arena. "I will cheer in my spirit."

Anyone with a temperature of 37.5 degrees Celsius (99.5 F) or higher was denied entry.

Spectators also had to wear masks, sanitise their hands, keep a distance from others and refrain from touching wrestlers or approaching them for autographs.

One wrestler has died from COVID-19 since the epidemic first hit Japan, while several other fighters and officials have tested positive.

Sumo was last held before live audiences in January, when Japan began to see its first cases of coronavirus.

A March tournament was held behind closed doors before sumo authorities cancelled the May tournament altogether.

The current tournament was originally due to be held in the central city of Nagoya, also behind closed doors.

But officials decided to switch the event to Tokyo to minimise the travel of wrestlers and officials, as well as allow a small amount of fans to watch.

Still, Tokyo's coronavirus infections have been mounting in recent days and on Sunday, city authorities are expected to announce around 190 new cases.

Fans said the excitement of sumo was worth the risk.

"It's the feeling of being here, being present. You enjoy it by being a participant of this spectacle," Ochiai said.