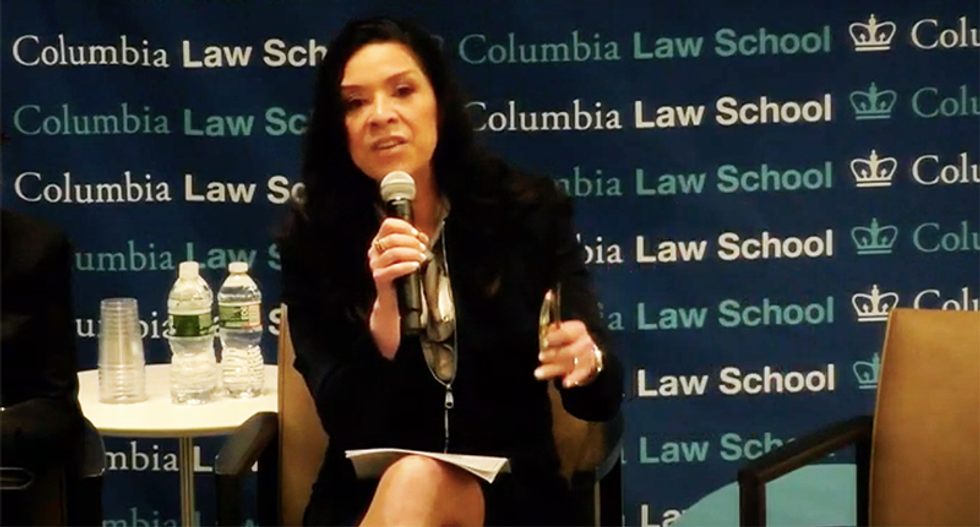 More information is coming out about the man suspected killing the son of a federal judge in New Jersey.

"The man suspected of ambushing the family of the first Latina federal judge in New Jersey posted thousands of pages of writing to the internet in recent years decrying feminism and ranting against her, according to websites registered in his name and address. Roy Den Hollander, an anti-feminist activist and lawyer, who law enforcement officials say shot and killed the son of Judge Esther Salas in an ambush at her home in North Brunswick on Sunday, wrote about his hatred of her in a self-published book this year," NBC News reported Monday.

"Hollander pushed books of his writing on several websites, according to domain registration records examined by NBC News that match his known address and phone number," NBC reported. "In the recently published memoir Hollander left online, he called Salas 'a lazy and incompetent Latina judge appointed by Obama.' Referring to a 2015 case Salas presided over, Hollander said he 'wanted to ask the Judge out, but thought she might hold me in contempt.'"

"Hollander's writings are littered with language common among the most extreme anti-feminist communities on the web, some of which he was a member. He was active in anti-feminist and misogynist groups on Facebook, including groups titled Humanity Vs. Feminism and Men Going Their Own Way, according to an analysis of accounts linked to him, NBC reported. "The memoir is one part of Hollander’s thousands of pages of misogynist writings he self-published in books and on websites over the last two decades. In the 1,700-page screed, self-published this year, he also wrote about his hatred of his mother and other women and raged about women judges, including fantasizing about the violent rape of another judge who presided over his divorce case."

The dedication to his book gives you a good idea about his feelings towards women. https://t.co/F3KIbt9PlT
— Brandy Zadrozny (@Brandy Zadrozny) 1595283018.0