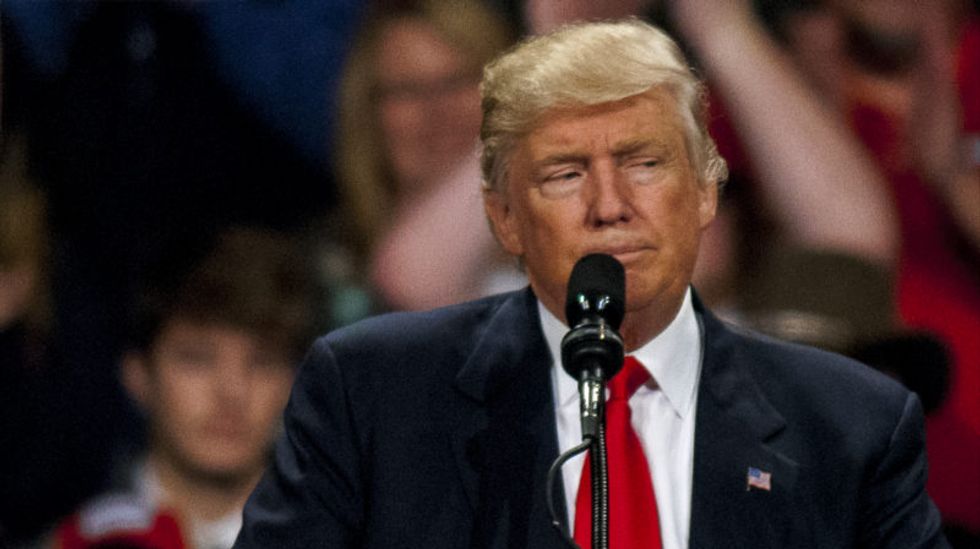 A mere four months to the day he was announced as the new top Trump White House legislative liaison, Chris Cox is exiting the West Wing. Cox is a veteran GOP lobbyist who had suggested he was, as Politico reported, "collecting intelligence."

Just one day earlier, in an article titled, "The swamp is coming from inside the (White) House!" Politico reported "Cox told colleagues in the White House that he was seeking information on the executive orders that President Donald Trump was readying to issue so he could brief people downtown -- in other words, suggesting he wanted to give lobbyists a sneak peek."

Politico adds that "Cox suggested while working in the White House that he was collecting intelligence or doing work after speaking to representatives and lobbyists from corporate interests."

Also among Cox's alleged actions: "COX emailed with fellow White House aides and officials on the National Security Council, seeking to push along an exemption for Gulfstream to deliver private jets overseas after he had a conversation with General Dynamics’ lobbyist."

Politico called it "notable to many people at all levels of the White House that he was openly collecting political intelligence for corporate special interests and lobbyists on K Street from deep inside the sanctum of the White House."

Later, the White House refused to comment. 15 hours later Cox had announced he was leaving.

Politico does not reveal which National Security Council officials Cox was allegedly emailing, nor what their responses were.

Also in question is why Cox would be allowed to resign instead of being fired, if the allegations are true.

On March 10 Politico reported on Cox's hiring, noting his predecessor had left the White House for a job at a lobbying firm.

On January 28, 2017, President Trump signed an executive order banning any executive branch employee from becoming a lobbyist for five years.