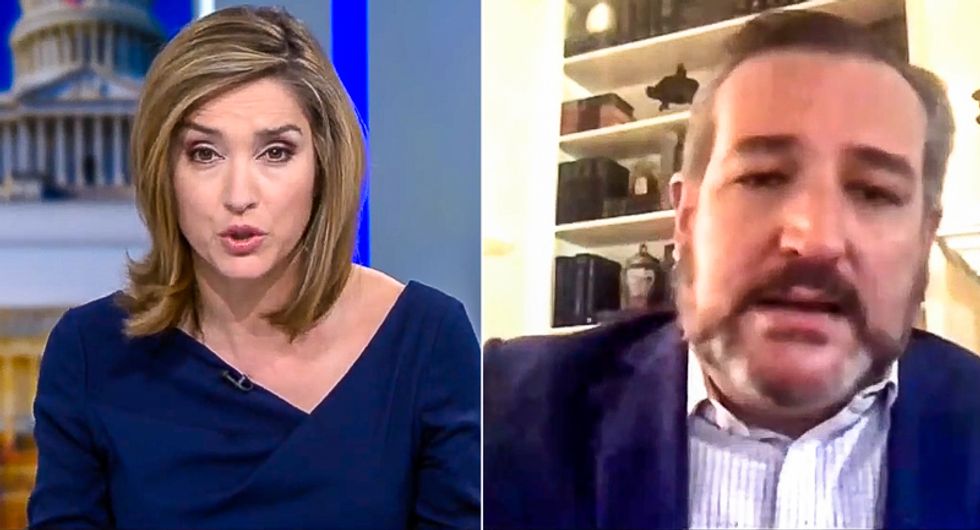 Sen. Ted Cruz (R-TX) on Sunday blasted waiters, waitresses and bus boys who he said don't deserve an additional $600 per week for being unemployed during the coronavirus pandemic.

In an interview on CBS, Cruz told host Margaret Brennan that restaurant owners are at a disadvantage because their staff doesn't want to work while the pandemic is ongoing.

"We need to do significantly more to fight the disease," Cruz opined. "At the same time, we have an absolute economic catastrophe. We have over 44 million Americans [who] have lost their job and we have got to get America back to work."

According to Cruz, Democrats like House Speaker Nancy Pelosi (CA) are "shoveling cash at the problem."

"Do you object to providing any kind or any amount of federal boost to unemployment?" Brennan wondered. "Because not everyone is choosing to be out of work."

"The policy the Democrats and Nancy Pelosi are pushing adds an additional $600 a week," Cruz complained. "The problem is, for 68% of people receiving it right now, they are being paid more on unemployment than they made in their job."

Cruz added: "And of course they won't come back because the federal government is paying them in some instances twice as much money to stay home."