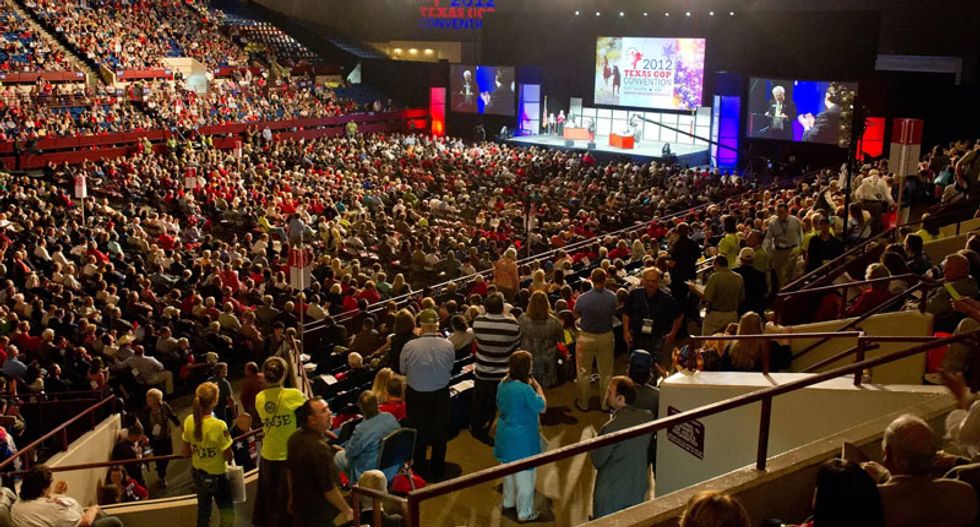 The Texas Supreme Court has dismissed an appeal by the Republican Party of Texas seeking to host its in-person convention this week in Houston. Justices also denied a similar petition spearheaded by other party officials and Houston activist Steve Hotze.

Monday's news likely kills the party's chances of holding its in-person gathering as planned, which was set to begin July 16 at Houston's George R. Brown Convention Center. As of Saturday, the State Republican Executive Committee, considered the party's governing board, had reaffirmed the party's commitment to proceeding with the event, which was expected to draw roughly 6,000 people. Party officials had argued that its gathering was protected under both the Texas and U.S. Constitutions and should be allowed to continue as planned.

In a 7-1 ruling, the all-Republican court wrote that, while it "is unquestionably true" that the party has constitutional rights to hold a convention, "those rights do not allow it to simply commandeer use of the Center." Justice Jeff Boyd did not participate in the decision, while Justice John Devine filed a dissenting opinion.

Last week, Houston officials, at the direction of Mayor Sylvester Turner, informed the party that its event had been canceled. In a letter to the party, Houston First Corp., the operator of the convention center, pointed to a clause in the contract that allowed either side to cancel the agreement if an occurrence "is beyond the reasonable control of the party whose performance is affected," such as "epidemics in the City of Houston" and emergency government declarations.

In response, the party said it would sue Turner, Houston First Corp. and the city in an attempt to allow the convention to happen as planned. The party argued in its lawsuit that Turner and Houston could not use that specific clause in the contract "as a magical spell to escape what [Turner] has decided is an unwanted contract." Soon after the party filed its petition, a state district judge in Harris County declined to order Houston to honor its contract with the party and set a hearing for Monday. The party then filed an appeal to the Texas Supreme Court.

Monday's ruling came after the Texas attorney general's office, asked to weigh in on the issue by the high court, filed a brief that argued justices should deny the party and Hotze's petitions.

"Despite their troubling factual allegations, the petitions do not properly invoke this Court's mandamus authority, and they should be denied on that narrow basis," Solicitor General Kyle Hawkins wrote.

The back and forth over the party's in-person convention has played out as the number of coronavirus cases in the state has surged, with Harris County serving as one of the country's hotspots for the virus. As calls began for the party to cancel its in-person gathering, officials said they had a contingency plan to host the event virtually.

Party Chair James Dickey, responding to Monday's court ruling, said that the party is now waiting to see how the district court hearing that began Monday morning plays out.

"Regardless, we will have our Convention on time as scheduled," Dickey said in a statement, adding that he was already in Houston where preliminary convention business was underway. "There will be a call for a meeting of the State Republican Executive Committee to finalize our path forward when we have rulings on both of our cases."

Hotze attorney Jared Woodfill, who was overseeing the second lawsuit over an in-person convention, also signaled that the legal battle is not yet over.

"I'm not giving up until we have explored every legal vehicle available to the delegates," Woodfill said in statement. "They have worked too hard for too long to be left behind."

BY CASSANDRA POLLOCK, THE TEXAS TRIBUNE