The GOP is sitting on a 'demographic time bomb' as they alienate the electorate: professor 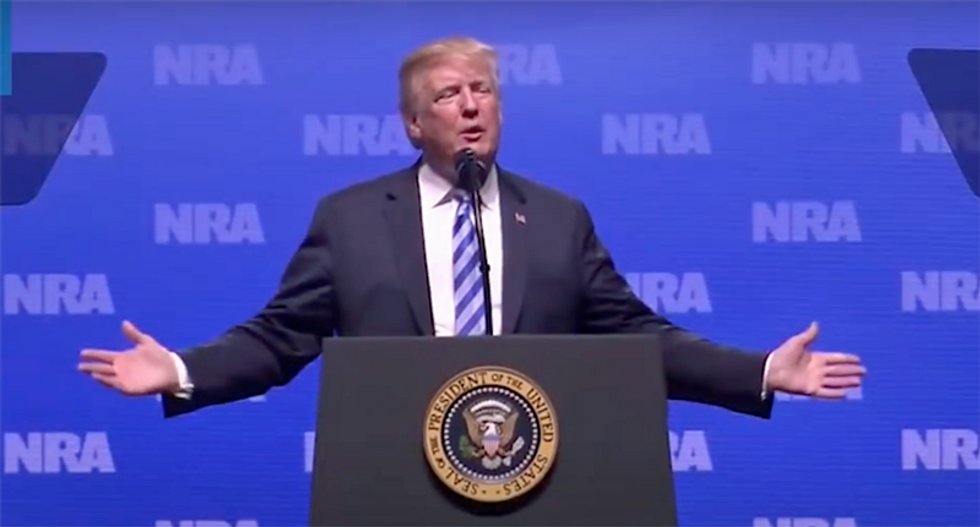 On Monday, writing for The Boston Globe from his new book, Harvard Kennedy School professor Thomas Patterson explained how the Republican Party is turning huge cross-sections of the electorate away from them at a moment when those cross-sections are growing in political power.

"Republicans are sitting on a demographic time bomb of their own making, and it could send them into a tailspin," wrote Patterson. "Although the politics of division that Republicans have pursued since Richard Nixon launched his 'Southern strategy' in the late 1960s — a blueprint to shore up the vote of white Southerners by appealing to racial bias — has brought new groups into their ranks, including conservative Southerners, evangelical Christians, and working-class whites, it has antagonized other groups."

One of the big problems, wrote Patterson, is that their immigration stance is poisonous to Hispanic voters. "Although most Latinx have conservative views on issues like abortion and national security, they vote more than 2 to 1 Democratic. A 2019 poll found that 51 percent of Latinx believe that the GOP is 'hostile' toward them, with an additional 29 percent believing that the GOP 'doesn’t care' about them." Asian-Americans, too, are abandoning the party, despite the fact that many are high-income earners and used to be supportive of them. "As late as the 1992 presidential campaign, they voted 2 to 1 Republican. Today, they vote more than 2 to 1 Democratic."

One of the biggest problems, though, is women, who used to be divided evenly until the Republican Party took hardline stances on abortion rights and other social issues, and are now "the Democrats' largest voting blocs." LGBTQ voters and voters with college degrees have also swung heavily Democratic for the same reason.

"Whatever the short-term advantage of the GOP’s politics of division, it is now facing the fallout," concluded Patterson. "Millions of younger adults, women, Blacks, Latinx, Asian Americans, LGBTQ, and the college-educated will be pulling the Democratic lever for years to come."