The reality of Trump’s desperate position ‘has begun to pierce his inner circle’: columnist 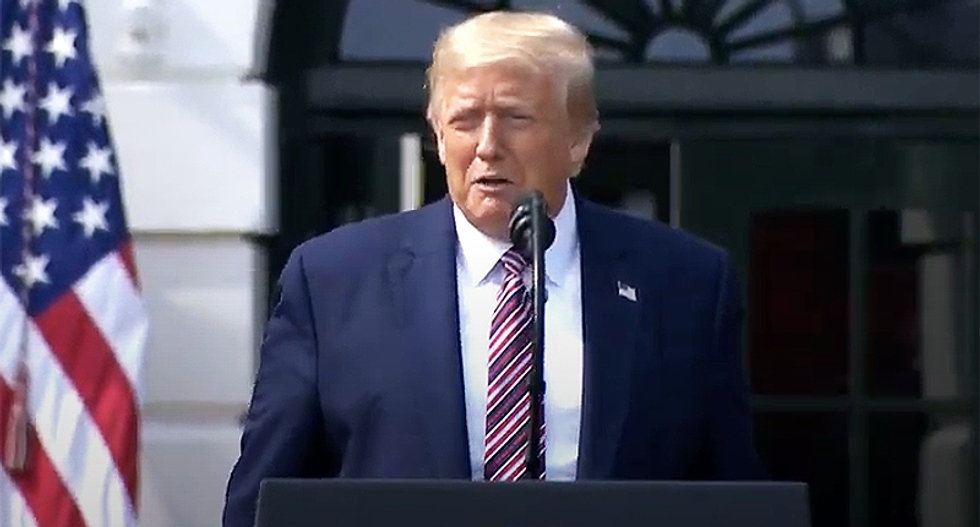 Writing in the New York Times this Sunday, Charles Blow contends that President Trump's recent "shift in tone" may be too little, too late. "With the election passing the 100-day-away milestone, he is down in the polls, people don’t trust or approve of his handling of the pandemic and he faces a real uphill battle to re-election," he writes.

"Apparently, the reality of his dire straits has begun to pierce his inner circle of perpetual affirmation," Blow continues. "There is a reality lurking that can’t be lied away. If the election were held today, he wouldn’t win."

Blow writes that Trump uses his most valued tactics, fear and division, up until they stop working. When that happens, he changes whatever he needs to in order to get back into the good graces of his core supporters.

After the deaths of Americans due to his bungled coronavirus response, the drop in polls has finally caused Trump's calculus to shift. "It’s hurting him more to ignore the virus than to engage it. So he has done a 180 and now wants to pretend to be in charge, mature and not completely dismissive of the science that could save us."