The Republicans who sold their souls to Trump are about to have to pay up: Conservative columnist 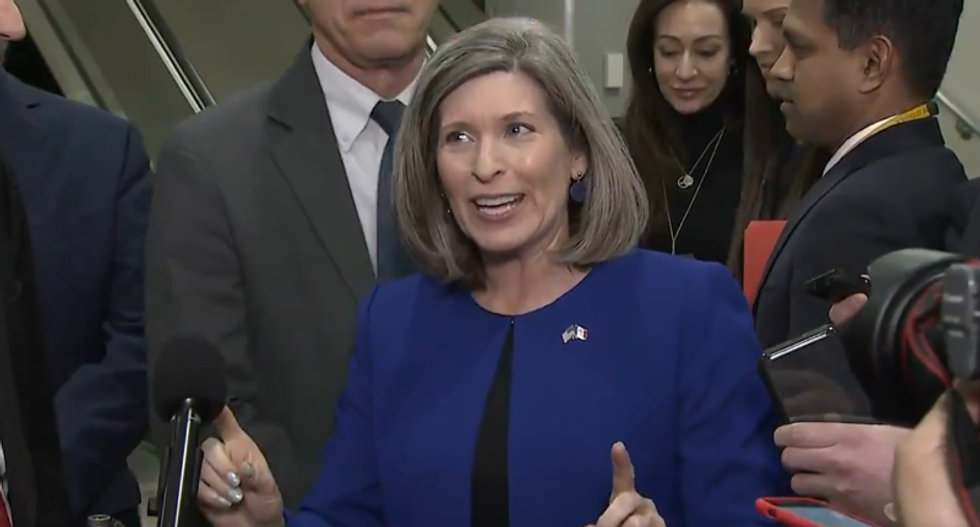 Conservative columnist Jennifer Rubin predicted that the GOP officials who sold their soul to President Donald Trump are about to be forced to pay up.

Writing in the Washington Post Wednesday Rubin noted that everyone except Sen. Mitt Romney (R-UT) has been unwilling to stand up to Trump, which could spell disaster for anyone below the president on the GOP ticket.

"The House Republicans who mouthed Russian propaganda in his defense and the horde of right-wing pundits and media figures who both financially sustain and humiliate themselves with never-ending rationalizations for a president who struggles to complete a sentence, let alone think through complex policy matters," wrote Rubin.

Voters may remember the irrational rantings of Arizona's appointed senator, who was asked the easiest question in politics, "would you consider new evidence" in Trump's impeachment trial.

“You’re a liberal hack—I’m not talking to you,” Sen. Martha McSally (R-AZ) lashed out. In wake of John Bolton's book, which revealed all of the evidence that the senate could have had, it made McSally look that much worse.

Sen. Joni Ernst (R-IA) similarly said the quiet part out loud when she confessed that she was hoping to make Trump's impeachment about former Vice President Joe Biden instead. No one bought into it.

When Republicans are asked by the press about Trump's dealing with the coronavirus or his tweets, the officials seem to race off or claim they didn't see it and thus can't comment.

All of the complicated questions that Republicans refused to address are ones that Rubin wants to see voters demand Republicans answer.

The new conspiracy theory is in trying to convince Americans that former President Barack Obama wiretapped the president at Trump Tower, which is false. That will somehow tie into former Vice President Joe Biden and China, if Trump's tweets are any indication.

"The spineless sycophants — who attacked Never Trumpers for their show of integrity, who fashioned disingenuous excuses for Trump and who concoct elaborate rationalizations to oppose voting for former vice president Joe Biden (Socialist!) — will swear up and down that Hillary Clinton would have been worse," wrote Rubin. "(Really — denying a pandemic? Inducing supporters not to wear lifesaving masks? Embracing white nationalists? Staffing the White House with a cohort of incompetents? Giving Vladimir Putin a free pass on targeting U.S. troops?) Some will insist they were against Trump all along. Some (a tiny few) will show some modicum of remorse, and some will try to ignore the past four years of intellectual hackery. What “polite society” (if there is such a thing) must not do is forget their role in sustaining an un-American president whose incompetency has resulted in more than 100,000 unnecessary deaths."

As she noted, the bill is coming due for all of the Republicans who have been covering for Trump since the beginning.

"The voters may boot out a good number of incumbents. The rest of us, however, will have learned how through silence and collaboration a cadre of well-educated comfortable men and women can rationalize and excuse anything," Rubin closed. "It has been a frightening lesson in human weakness and propensity to accommodate themselves to evil, which should remind us the only thing that really matters in public life is character."