There's about to be another shortage in masks and gloves as COVID-19 explodes -- but Trump's team says it's nothing: report 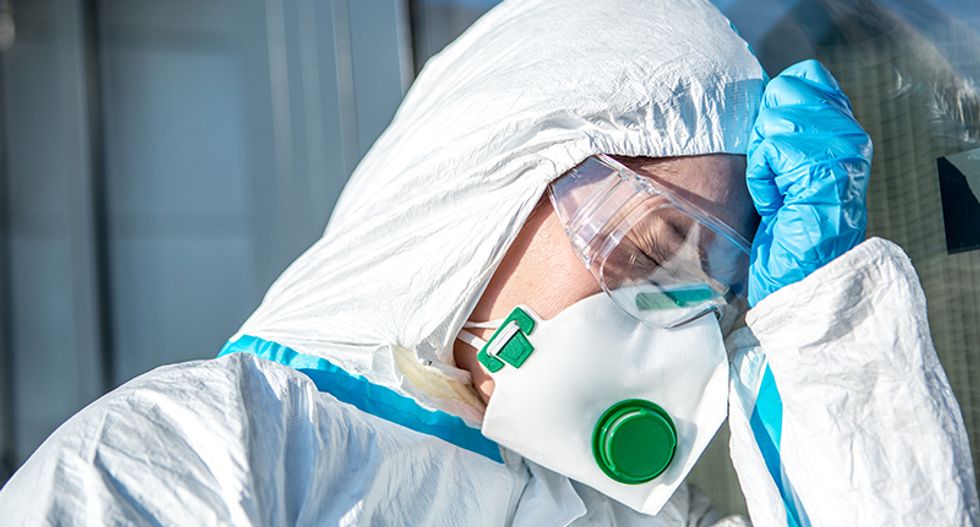 After the United States erupted, COVID-19, masks, gowns and gloves started disappearing. It wasn't merely the medical professionals on the front lines that needed the personal protective equipment; Americans were hoping to get them too. Finally, more were made, but now the problem is back.

The Washington Post reported Wednesday that there's about to be another shortage.

"Nurses say they are reusing N95 masks for days and even weeks at a time," said the Post. "Doctors say they can't reopen offices because they lack personal protective equipment (PPE). State officials say they have scoured the U.S. and international suppliers for PPE and struggle to get orders filled. Experts worry the problem could worsen as coronavirus infections climb, straining medical systems."

"I'm not going to tell you we're able to meet all demand, but there's significantly less unfulfilled orders today than in April," said Rear Adm. John Polowczyk, who is in charge of the COVID-19 supply. "I have not found a hospital system that is in threat of running out...I don't have the sense of there being severe shortages."

He claimed that please for help are outdated and were probably from March or April.

It's unknown if he is contacting hospitals to check if those supplies are outdated or just assuming they are. It's also unclear what he's doing to distribute the PPE, but it clearly isn't getting to the hospitals that need them most.

"A lot people thought once the alarm was sounded back in March surely the federal government would fix this, but that hasn't happened," said California nurse Deborah Burger.

What is available is so expensive that hospitals have had to pay a small fortune for supplies. In Maryland, for example, a hospital association executive told the legislature at a hearing that they spent $600,000 on PPE last year. This year they'll spend $10 million.

"The limited availability of adequate PPE, such as masks, gowns and gloves, has raised concerns about whether our health care system is able to fully protect our health care workers," the Post cited a statement from Andrew Chan, who serves as the chief of the Clinical and Translational Epidemiology Unit at Massachusetts General.