'They will not break our ranks': Armed camo-clad group moves in on Black Lives Matter protesters in Utah 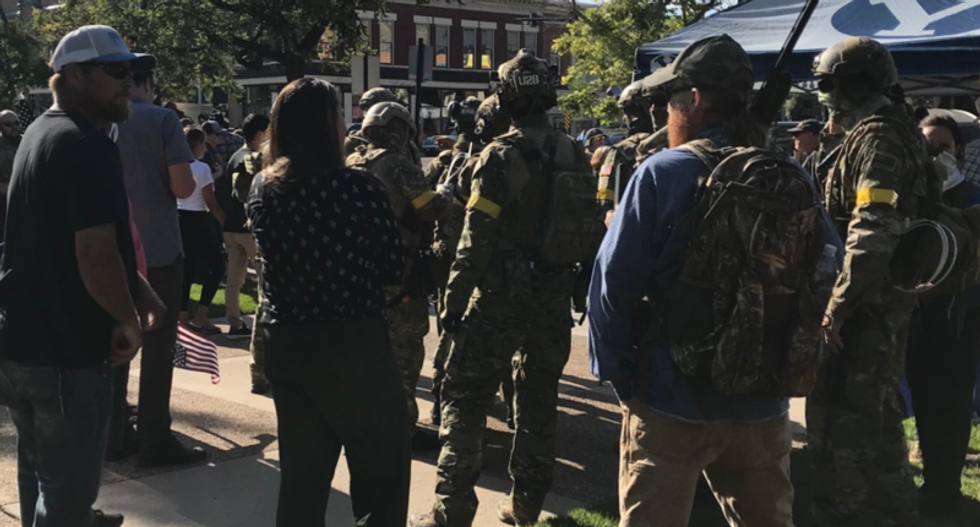 On Wednesday, a group of Black Lives Matter protesters marched in Provo, Utah for police accountability — and counterprotesters followed them, many dressed in Army-style camouflage fatigues and toting guns.

Images of the group were captured by local sportswriter Sean Walker.

I’m in Provo, where a group of dozens of protesters are marching towards a protest for racial equality in downtown… https://t.co/gfAuGty1RG
— Sean Walker (@Sean Walker)1593648456.0

The two sides have met in front of the Provo police station. Groups are standing on opposite corners. No contact or… https://t.co/tPRmB6b31j
— Sean Walker (@Sean Walker)1593649009.0