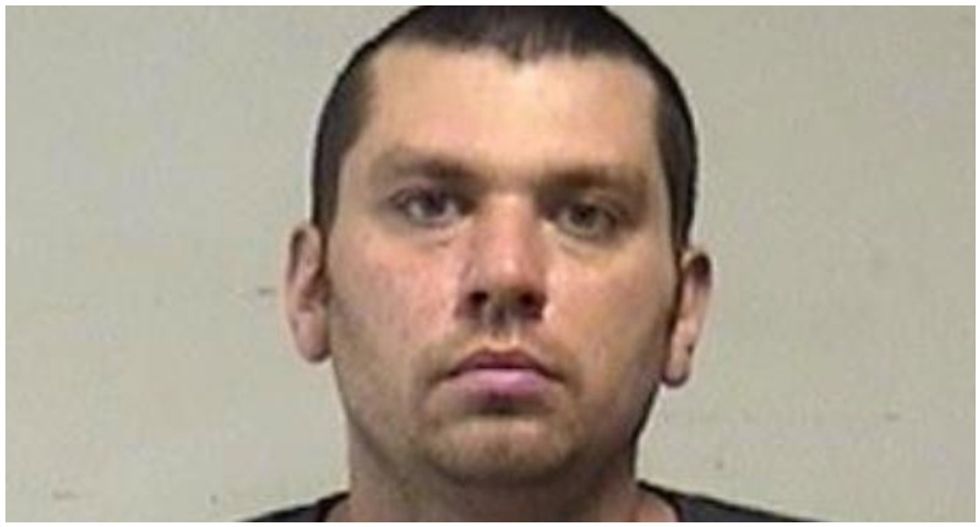 Cleveland Carr, 61, was at home this Friday at the house he shares with 10 other people in Kenosha, Wisconsin. One of his housemates was 30-year-old Chase Holst, who Carr invited to share a meal he prepared for the house. According to Carr, Holst declined and minutes later grabbed Carr and slammed his head into the refrigerator.

“I’m going to kill a n****r,” Holst allegedly said before Carr noticed he was holding a box cutter.

“He grabbed me, and he opened up my throat,” Carr told the Kenosha News.

Carr was sliced from his right ear down to his throat, but he fought back nevertheless, disarming Holst, who then grabbed a steak knife and stabbed Carr on the left side of his neck and then cutting him from his chest up towards his right ear.

“I started getting weak because I was losing so much blood,” Carr said.

Police arrived just as Holst grabbed a flathead screwdriver in an attempt to resume his attack.

“I got saved by the sirens,” Carr said.

“I think it was a hate crime,” Carr added. "He had this plan; it was strategized."

According to the criminal complaint, Holst admitted that he tried to cut Carr’s throat because he believed Carr was spreading false rumors about him “and that he thought it was a racial thing because he is white and Cleveland is black. The defendant thought Cleveland might be ganging up on him with the black people.”

“I saw him, and it just came to mind to kill him," Holst said.

Holst has been charged with attempted first-degree homicide and is being held on $500,000 bond.