'This is how it starts': Lincoln Project releases new attack calling out Trump for sending 'unmarked agents into our streets' 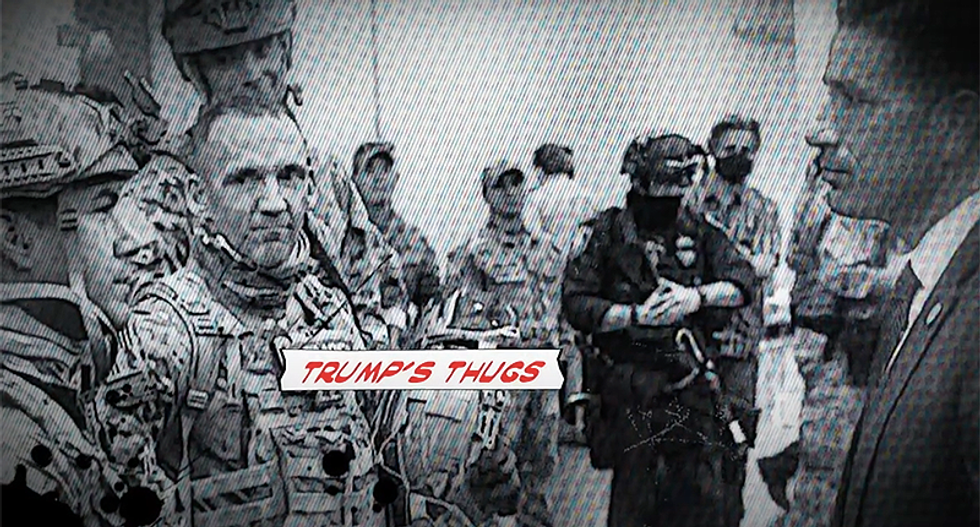 “The videos of masked, anonymous government officers attacking American citizens who pose no threat is shocking to watch. Federal agents with no badge are kidnapping civilians into unmarked vans. How is this America?” said LP co-founder Reed Galen in a release. “All Americans must be vigilant.”

While Trump's polling numbers are tanking, LP said that the president is losing control. The state of Oregon asked the Department of Homeland Security not to intervene with their protests, saying that things were dying down and had grown much more peaceful. Trump and the DHS ignored the governor's pleas to stop and made things worse, according to the Portland mayor.

Like a scene out of "V for Vendetta," The video describes how Trump's federal agents, "deputized by a rogue attorney general," snatched protesters off the streets, threw them into unmarked cars, and took them away somewhere.

"This is how it starts, and freedom dies," the ad closes.

See the shocking video from the Lincoln Project below: