‘This is not America’: The View unloads on ‘dictator’ Trump for stirring up unrest by invading cities 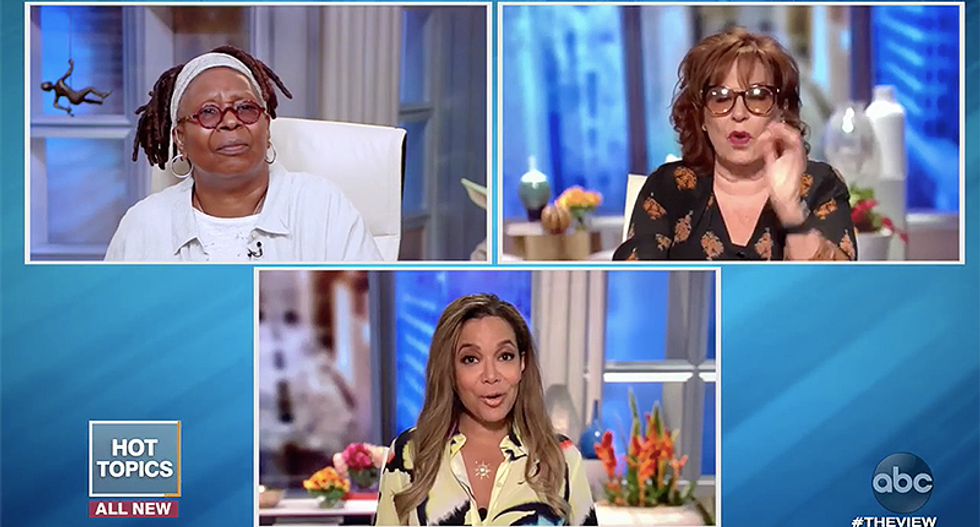 President Donald Trump invaded Portland, Oregon over the weekend, despite protests in the city "dying down," according to the governor and mayor. It was a move that the mayor said made things "worse." Now Trump is sending troops into Baltimore, Maryland, Philadelphia, Pennsylvania and Chicago, Illinois.

The women of "The View" are very concerned that the move is an attempt by Trump to attack Americans because his attacks on former Vice President Joe Biden aren't working.

"This is really what he has wanted for a while, he's wanted a fight, do you think this is him making it happen, or trying to?" co-host Whoopi Goldberg asked.

Joy Behar agreed, noting that it was just days ago when Trump compared it to Afghanistan.

"As we know our soldiers were targeted and killed -- probably killed -- in Afghanistan because of bounties on their heads by his pal [Vladimir] Putin," she said. "Not one word about that, by the way, and calls it a hoax, as a matter of fact. It's fascinating, he calls himself the law and order president, when all the people around him are in prison or on their way. Roger Stone, witness tampering. Michael Cohen is back in prison. Poor Manafort, seven-year sentence, they let him out because it was not safe to be in prison with coronavirus, yet they'll send our children to school. I love that. Rick Gates in jail. And his earliest supporters in Congress, Chris Collins. He dares call himself the law and order president? I'm witnessing fascism in America."

Co-host Sunny Hostin, a former federal prosecutor, said that it doesn't make sense to her, it's unprecedented and former law enforcement officers she knows are just as shocked.

"Every American should be concerned when you have a U.S. president deploying federal troops under the pretext of protecting federal property from vandalism and using violence against people who are protesting which is our right, our constitutional right under the Constitution," she explained. "And using that as a pretext and ratcheting up the violence and you know, arresting people with the secret police?! Just arresting people in unmarked cars! This is something as Joy said, this is the beginning of fascism, this is something that you see in dictatorships."

She went on to explain that it is unconstitutional and illegal. She knows that Oregon is taking Trump to court, but noted she is concerned that it will take too long to work its way through the courts.

"When you're talking about a president who said he's sending it to Chicago and other states, this is just political posturing," Hostin went on. "I don't know if people saw the video of the Navy vet that was attacked by these federal agents with his hand down, he was doing nothing and apparently his hand is broken in two places, all he was asking, 'Why are you doing this? You're not upholding your oath to the Constitution.' They broke his hand in two places. This is not America. This is not American. We really -- we have to pay attention because we're going down this slippery slope and we have the actions of a dictator."

The group expanded on the idea of Trump desperately searching for someone to fight, noting that from the very beginning he tried to demonize everyone he could to fight against someone and declare others as the villain, but it never worked. Dartmouth political science professor, Brendan Nyhan, described the plot by Trump as another way of ginning up fear over "an invading caravan," which he tried to do in 2018, sending troops to the U.S./Mexico Border where they sat doing nothing for the weeks before November.