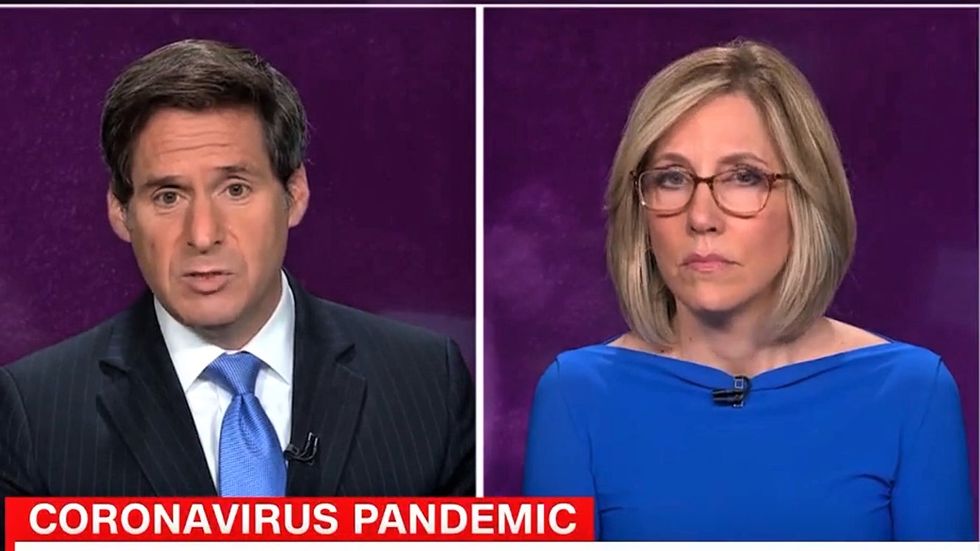 Berman started off by noting that Trump has continued to vouch for the reputation of pro-hydroxychloroquine physician Dr. Stella Immanuel despite her outlandish views on demon sex and alien DNA.

"I want people to get a full understanding of this doctor that is being promoted by the president of the United States," Berman said. "Not just on Twitter, to 84 million followers, but you heard it at the podium yesterday. The president called Dr. Stella Immanuel 'spectacular.'"

He then played a video clip of Immanuel giving a lecture about the dangers of modern medicine.

"They use all kinds of DNA, even alien DNA, to treat people, mixing human beings with demons!" she said in the clip. "Nephilims exist these days!"

Co-host Camerota jumped in to ask a snarky question about Immanuel's medical recommendations.

"Just to be clear, we're not supposed to have sex with demons while we're asleep?" she asked. "Does she think that's bad? I get lost."

"Here's the thing, you know no one loves a demon sperm show more than I do, but this isn't funny," Berman replied. "It really isn't. It would be laughable except for the fact that so many people are dying and this is what the president chooses to lean into."