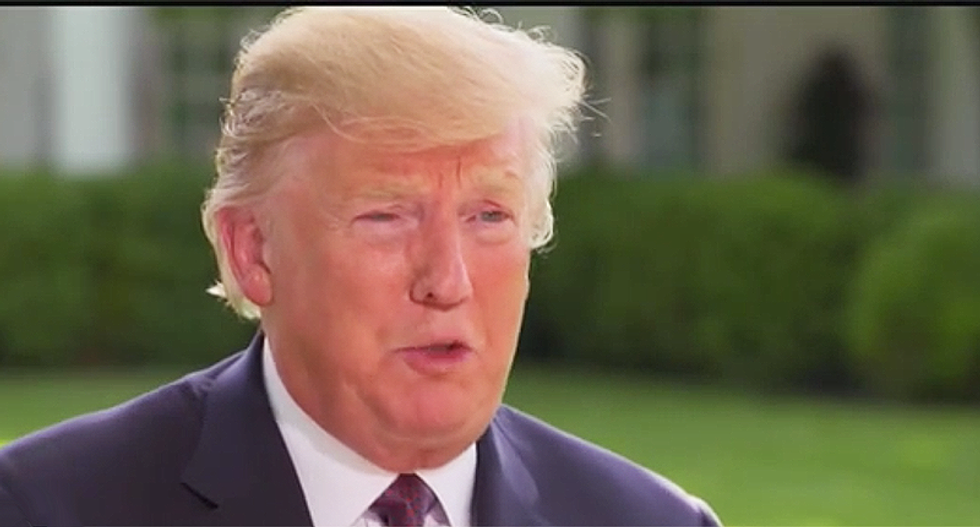 In an interview with Fox News Wednesday, President Donald Trump explained that he asked for doctors to give him the cognitive test, it wasn't suggested by them.

The test is a 30-question, short-answer "test" that is supposed to detect any change in memory. Giving it once doesn't generally give the broad spectrum of how one's cognitive function has changed over time but asking Trump to identify an elephant seems like the baseline of mental acuity.

He said that there were many allegations and "fortunately none of them stuck," but it prompted him to take the test.

"I said to the doctor, the doctor was Ronny Jackson, can I take a test," Trump continued,

Trump explained that it was the last question where he really struggled the most, ones to do with memory.

"Like a memory question, it would go, like you'll go 'person, woman, man, camera, TV," he continued, noting that if he got it in order he got "extra points."

The test went on, he said, and 10 or 15 minutes later they would ask the first question again and ask him to repeat it.

"They said if you get it in order you get extra points. They said, no one gets it in order. It's actually not that easy, but for me it was easy."

"If you're in the office of the presidency, we have to be sharp," Trump said. He has challenged Biden, who hasn't exhibited any symptoms of having cognitive impairment, to also take the test. Trump's allies have frequently mistaken Biden's stutter for cognitive problems, however.