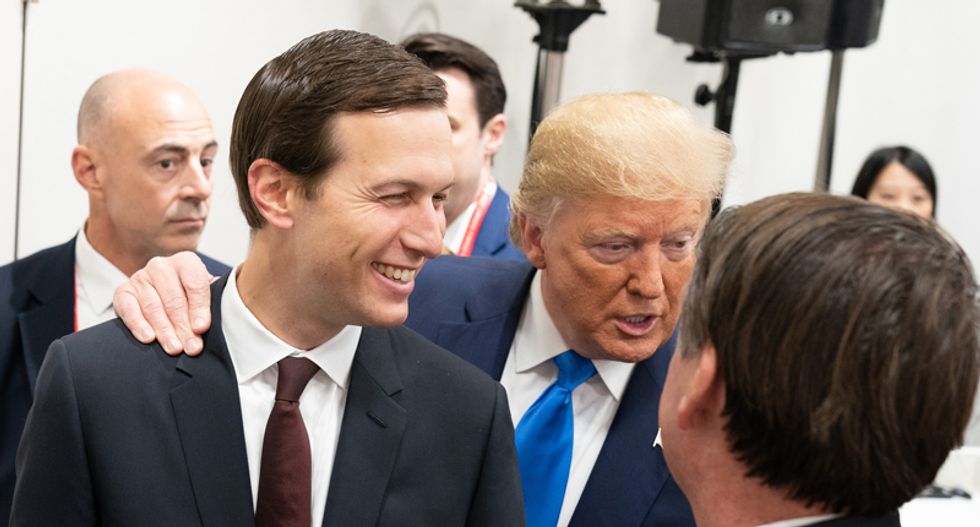 President Donald Trump's inner circle is battling over the decision to return the country to closed and caution or to simply let people die from the coronavirus.

CNN.com reported Wednesday evening that a debate is afoot in the White House about whether they should push forward with the reopening, regardless of the death toll. If the president's Fox interview Wednesday afternoon is any indication, he's opted for the latter approach, continuing to reopen and urge Americans that everything is fine, even if it isn't.

The virus will just "disappear" soon, Trump told Fox. "I think we're going to be very good with the coronavirus. I think that at some point that's going to sort of just disappear."

Cases of COVID-19 have significantly increased across the country, but particularly among states that reopened over Memorial Day weekend or before. Until Wednesday, Trump has focused more on stoking a race war and cultural fights over statues. Vice President Mike Pence has turned into a mask advocate, telling people that it's time to put one on.

"That has led to concerns, even among some of his own aides, that Trump appears disengaged from a deadly crisis that continues to grip the nation," CNN reported.

Both Jared Kushner and Trump's chief of staff, Mark Meadows, are worried about Trump's reelection chances, advisers told CNN. Their fears come from the steady stream of polling from a variety of sources showing Trump's presidency is in serious danger.

"Both Meadows and Kushner have urged a focus on the economy over the public health emergency," said CNN. It's a difficult campaign strategy since Trump's economy has fallen so considerably in 2020, with an unemployment rate higher than even during the 2007-2008 recession.

"There is a fair amount of concern," an adviser told CNN, saying Trump is "frustrated" by the bad polling.

"There is a lot of frustration," another adviser told CNN about how Trump and others feel.

Read the full report from CNN.