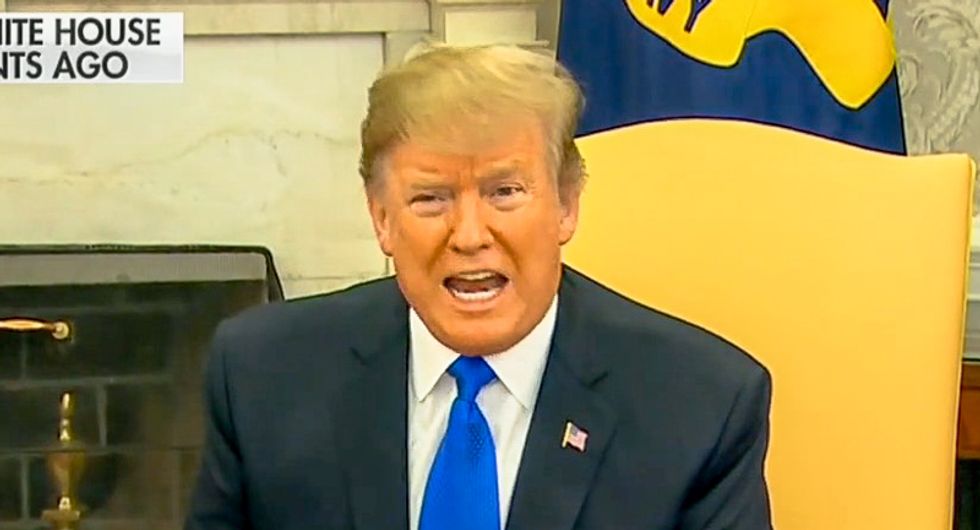 President Donald Trump on Monday attacked NASCAR for banning displays of Confederate flags on its vehicles, and then demanded that Black NASCAR driver Bubba Wallace apologize for being upset about what appeared to be a noose placed in his garage.

"Has Bubba Wallace apologized to all of those great NASCAR drivers & officials who came to his aid, stood by his side, & were willing to sacrifice everything for him, only to find out that the whole thing was just another HOAX?" the president wrote on Twitter. "That & Flag decision has caused lowest ratings EVER!"

The FBI last month determined that the noose found in Wallace's garage was actually a garage door pull that was not placed there as part of a deliberate attempt at racial intimidation against Wallace.

However, NASCAR subsequently released a photo of the rope that showed that it did appear to be tied as a noose, as seen below. 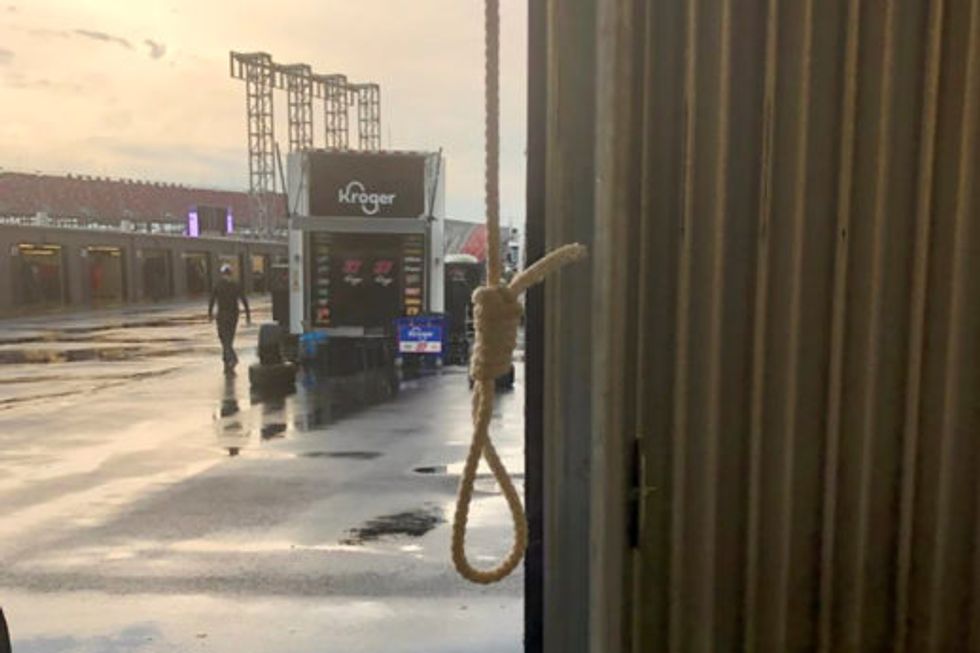 Additionally, NASCAR president Steve Phelps said that after his team conducted a "thorough sweep of all 29 tracks where they race, and 1684 garage stalls, they found only 11 total ropes that had a pulldown rope tied in a knot, and just one noose: The one in Bubba Wallace’s garage."