Trump attacks: Only reason ‘they’ don’t want to let schools re-open is to hurt my re-election chances 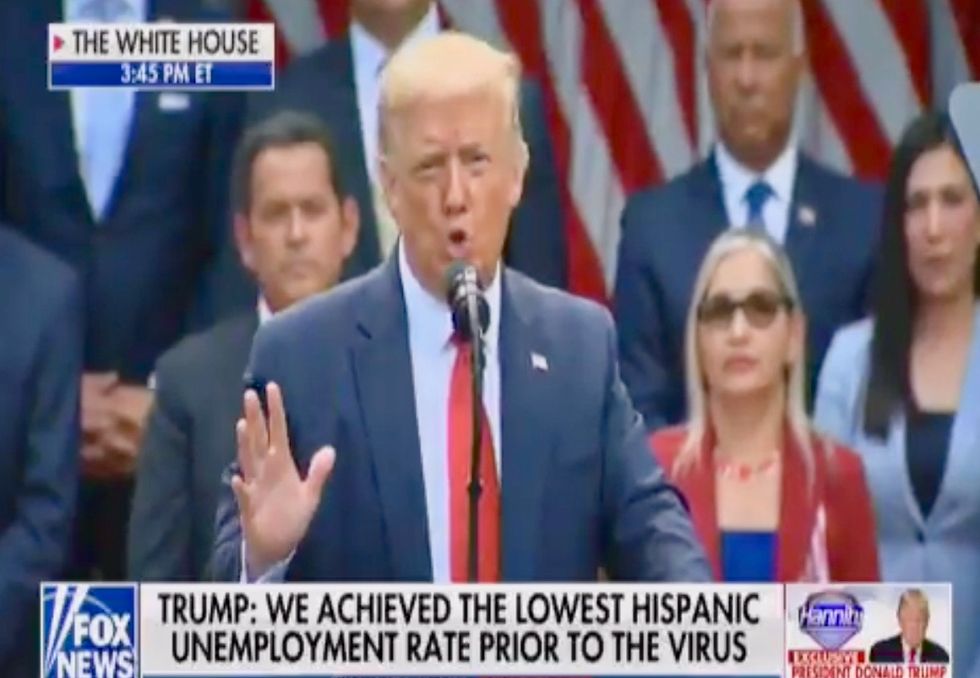 President Donald Trump appears to be attacking Democrats, or the large number of parents across the country who are afraid to send their children back to school in the fall over concerns students could contract the coronavirus and get sick or die, or spread it to their families, friends, and teachers.

"Politics," according to the President, is the only reason "they" don't want to allow their children to go back to school.

In a rambling address at the White House Hispanic Prosperity Initiative, the President talked about "allowing those at lower risk such as young, and healthy – children in many cases the immune system is so powerful, so strong – but the young and the healthy to safely return to work and to school."

A recent study found nearly 70% of parents are worried about children returning to school given the coronavirus pandemic. About one in five say they will not send their children back to class.

"Germany, Norway, so many countries right now, they're open, their schools are open and they're doing just fine and they're opening in the fall, so we have to get our schools open. Denmark, Sweden," Trump insisted, pushing a narrative he's been using recently.

"Open your school," Trump, who has no authority to force schools to re-open, demanded.

What the President neglected to mention is that because he has provided no national plan, America's coronavirus cases are the greatest in the world, averaging about 60,000 new cases per day. Countries like Germany, Norway, Denmark, and Sweden that had a plan and made it work have very few coronavirus cases left, making re-opening far safer.