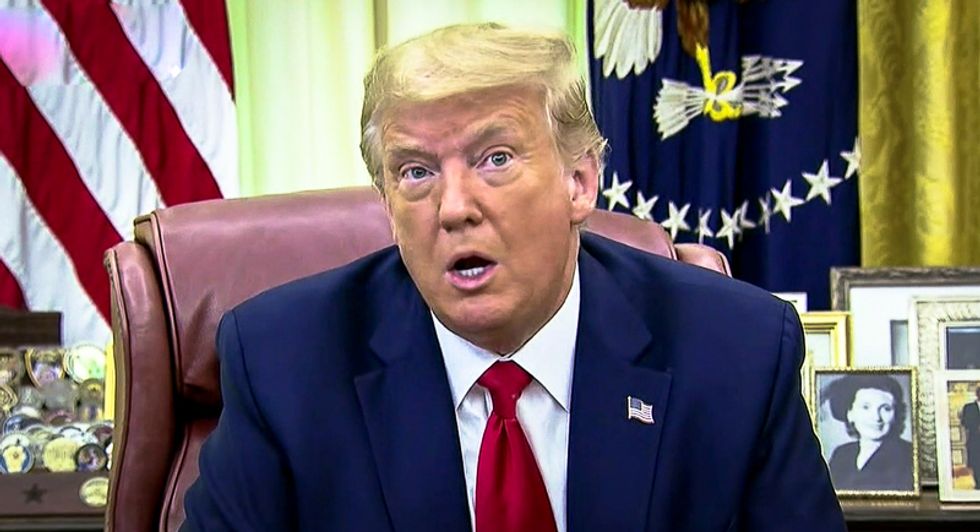 Florida, Texas, and California are now regularly seeing new daily coronavirus cases of around 10,000 or more, day after day.

Rather than blaming his until-now refusal to promote mask-wearing, his failure to provide sufficient testing and PPE, and his push to open states, and more recently schools – at all costs – the president on Wednesday blamed Black Lives Matter protestors, Mexicans, and young people congregating at bars and beaches for the massive increases.

"Cases started to rise in young Americans shortly after demonstrations, which you know very well about, which presumably triggered a broader relaxation of mitigation efforts nationwide, and a substantial increase in travel" Trump claimed.

Countless videos showed many if not most BLM protestors wearing masks, which would only reinforce mask-wearing nationwide, given how popular the protestors have been.

"Increased travel on holidays such as Memorial Day," Trump mentioned, while ignoring his own travel, to Tulsa, where his indoor re-election rally was attended by thousands of mostly-maskless MAGA supporters, and his Independence Day weekend fireworks spectacle at Mount Rushmore.

Trump also pointed to "young people closely congregating at bars, and probably other places," he said, looking up at the camera. "Maybe beaches, four or five different listed places."

"We're also sharing a 2000 miles border with Mexico as we know very well and cases are surging in Mexico," he claimed, which is false, "and all across the rest of the Western Hemisphere."

The U.S. has roughly two-and-a-half times the population of Mexico but about ten times the number of new cases daily.

Trump also claimed his border wall is helping control the spread of the virus into the U.S.