Trump brags doctors were 'surprised' he could pass a cognitive test 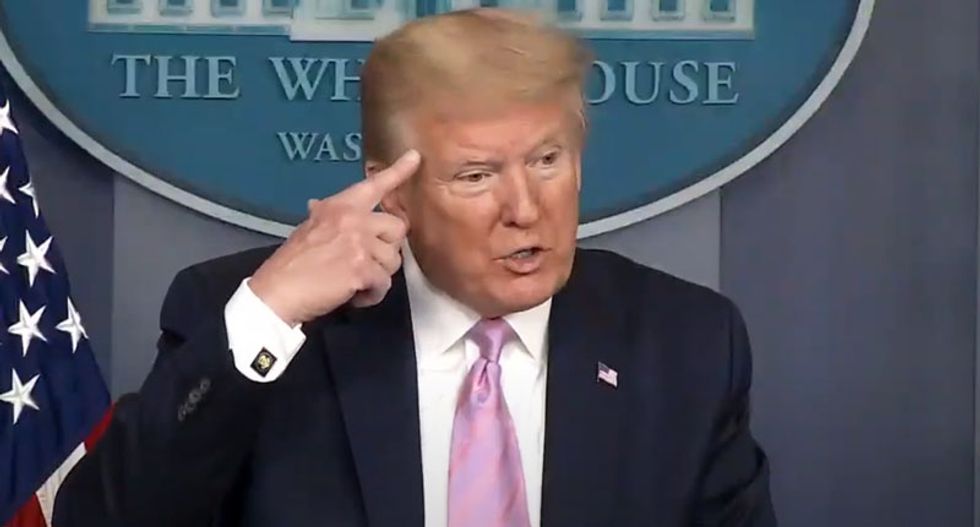 President Donald Trump told Fox News host Sean Hannity that he has taken a cognitive test and passed with flying colors. Bragging about it, however, he let it slip that the doctors didn't have much faith in him.

The comment came as Hannity asked Trump about former Vice President Joe Biden's comment that he has "cognitive tests" all the time. Biden was referencing that he must deal with serious and complex issues frequently and that those things take a cognitive aptitude that he doesn't believe the current president has.

Trump dismissed Biden's comments saying that Biden "meant" that he gets tested for the coronavirus all the time. Biden did address that and said that he hasn't wanted to be tested because he doesn't want to take someone else's place in line that truly needs a test. Trump has mocked Biden for staying inside under quarantine.

Trump then pivoted to bragging about his competence:

"I took it at Walter Reed, a medical center, in front of doctors, and they were very surprised," Trump bragged.