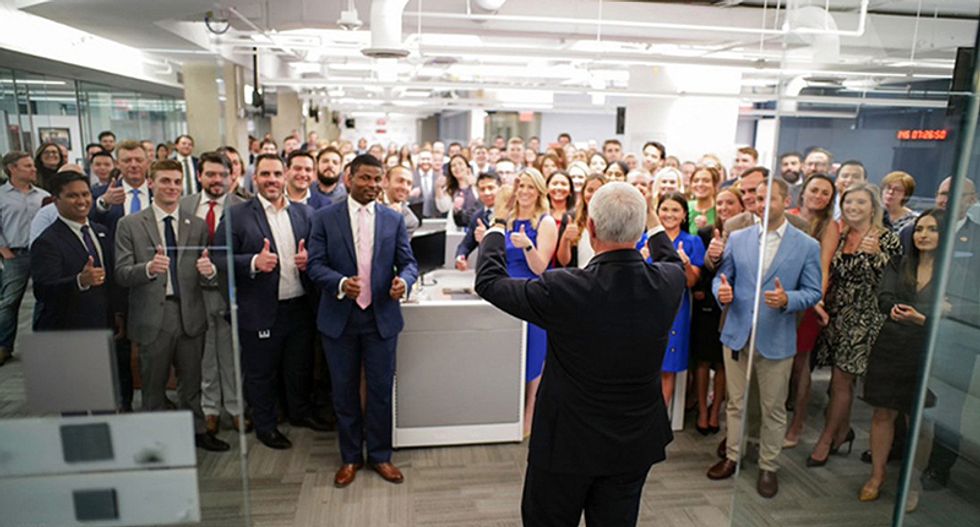 President Donald Trump's campaign office, located in northern Virginia just outside of Washington, was forced to shut down after a COVID-19 outbreak.

Politico reported Friday that for a week cleaners were brought into the headquarters to scrub surfaces, disinfect equipment and try and stave off the coronavirus from hitting the campaign more than it already has.

While in Tulsa, Oklahoma, eight members of Trump's advance team contracted the coronavirus, including Secret Service agents. While in Arizona the following week, more of Trump's Secret Service got the virus. To make matters worse, when Trump headed to South Dakota for a Fourth of July celebration, his son's girlfriend, who also works on the campaign, contracted the virus.

Then a senior campaign official got the virus, and the Virginia Trump headquarters were shut down.

"The campaign’s lack of safety protections were visible during Vice President Mike Pence’s visit to the office last month, during which he posed for a photo with more than 70 campaign staff, closely packed together and without wearing face coverings — an image that infuriated local officials, who called on Virginia Gov. Ralph Northam to take action and enforce state public health orders on universal masking indoors and social distancing. But Northam, a Democrat, ultimately declined to do so," reported Politico. 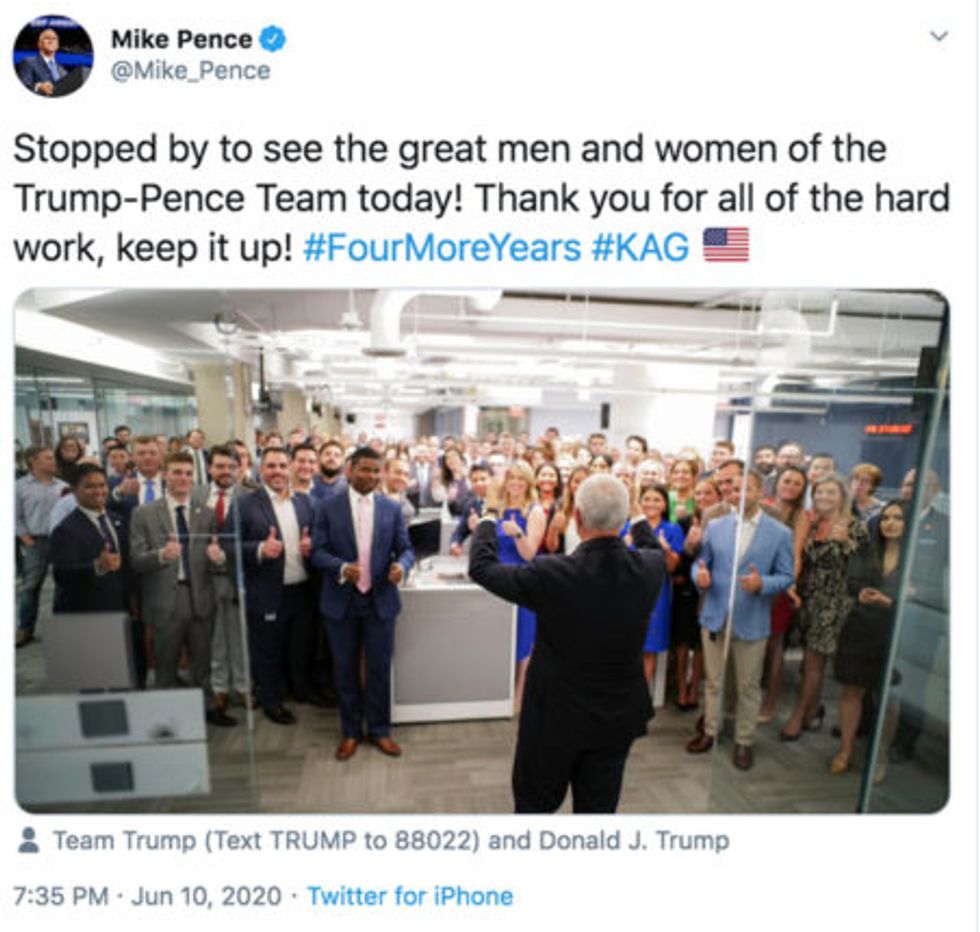 Northam didn't want to get involved in a political fight, so the campaign office has been left largely to police itself, which, of course, it hasn't. "Staff have been told to wear masks outside the office, in case they’re spotted by reporters, but they’ve been instructed that it’s acceptable to remove them in the office, the individuals said, adding that staff also publicly joke about the risk of coronavirus and play down the pandemic’s threat," said Politico.

The result has been exactly as one would expect: a spreading virus.