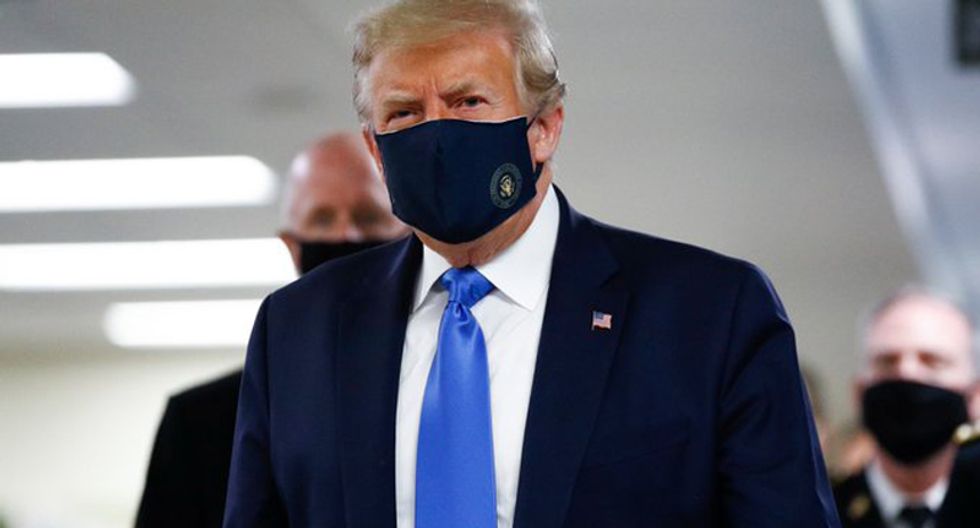 President Donald Trump on Saturday wore a mask in front of the press corps for the first time since the coronavirus pandemic began spreading across America.

Brad Parscale, Trump's 2020 re-election campaign manager, posted a picture of Trump wearing the mask on Twitter, with the hashtag #AmericaFirst.

Users quickly pointed out America is leading the world in coronavirus infections.

Here's some of what people were saying about Parscale's tweet: