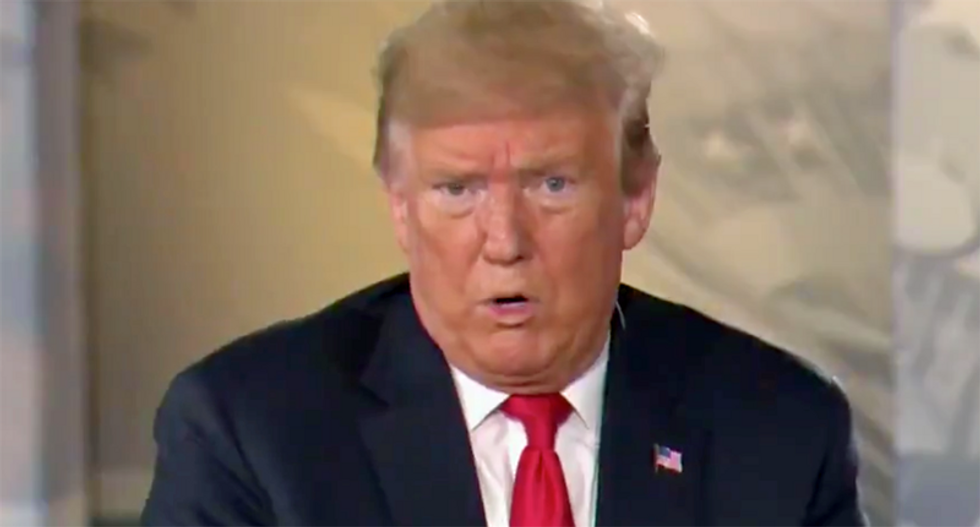 Writing in The Bulwark this Thursday, conservative columnist Windsor Mann contends that Donald Trump views the presidency as simply a way to stay on TV.

"President Trump craves attention and approval more than anything," Mann writes. "Being on The Apprentice, Trump told Playboy in 2004, was 'like being a rock star. Six people do nothing but sort my mail. People come in and want my secretary Robin’s autograph…. People like me much better than they did before The Apprentice.'”

For Trump, being watched has always meant being liked, according to Mann.

The rallies Trump holds show how much he prefers campaigning for president rather than actually doing the job itself. For Trump, politics are an extension of his ego, and Twitter performs the same function as his rallies.

"Trump cares more about his Twitter account than people’s lives," Mann writes. "It took him months to respond to the pandemic and a few weeks to be bored by it. Yet, two days after Twitter flagged two of his tweets, Trump signed an executive order targeting social media companies and said he would shut down Twitter if he could."

Instincts are what Trump uses instead of ideas, and he knows his enemies want to do all they can to remove him from the presidency, which is why he's fighting so hard to keep a job that he clearly hates. Giving up the presidency would be handing his enemies a gift, and nothing displeases Trump more than pleasing his enemies, writes Mann.