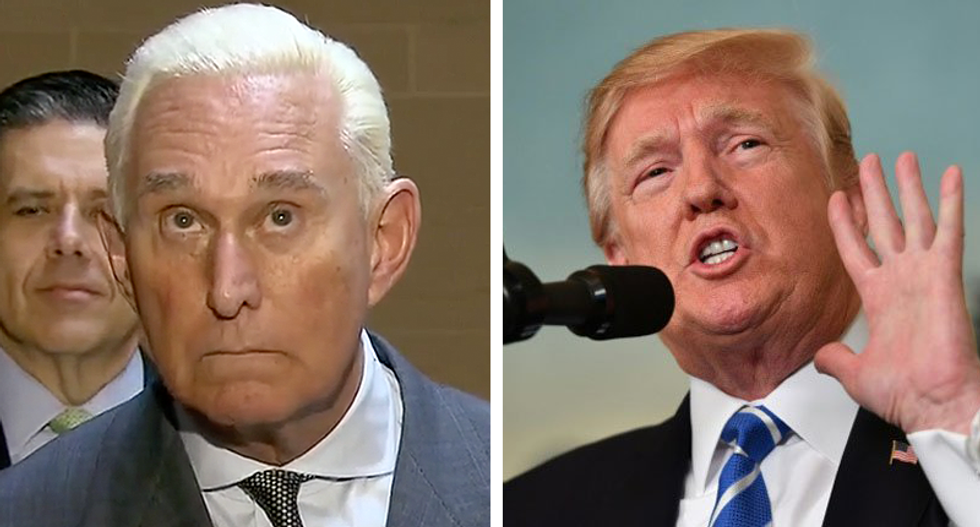 "Prepare to die," is among the threats Stone made.

NBC News' Howard Fineman reports Stone just told him he believes Trump will commute his sentence, clearly warning he could talk, apparently threatening he could reveal damaging information about the President.

“He knows I was under enormous pressure to turn on him. It would have eased my situation considerably. But I didn’t.”

Just had a long talk with #RogerStone. He says he doesn’t want a pardon (which implies guilt) but a commutation, an… https://t.co/T7OzHIOqtu
— howardfineman (@howardfineman) 1594411617.0

Moments ago George Conway weighed in on the news, saying Stone's request for clemency "couldn’t be more corrupt."

Stone is to report to prison July 14. President Trump and his administration often make controversial, unpopular, and questionably legal moves on Friday evenings.

"The president, as recently as Friday morning, has said he was 'looking at' offering Stone clemency, saying he was 'very unfairly treated,'" Fox News notes.

Stone insists he is not guilty.

“If I should be fortunate enough to get a commutation, I would continue to fight for vindication,” the 67-year old "dirty trickster" said.

“I have deep concerns about going to a prison where there absolutely is COVID virus, and, therefore, either one would have an effect of saving my life," Stone added.

NBC News adds that "President Donald Trump’s allies expect he could pardon or commute the sentence of Roger Stone within the next few days," but warns, "some of them are concerned such a move could further damage the president politically when he’s already facing headwinds less than four months before the November election."