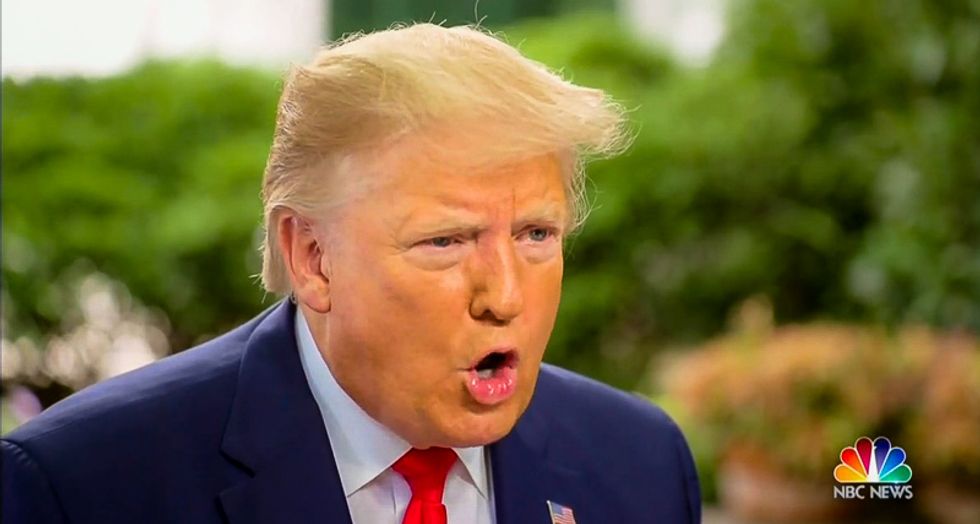 One America News, the Trump-loving network that President Donald Trump has pitched to his fans as an alternative to Fox News, has been caught red-handed only releasing polls it commissions if they happen to be good news for the president.

FiveThirtyEight's Nate Silver on Tuesday found a strange discrepancy in new polls released by Gravis Marketing, which happens to be OAN's official pollster.

G. Elliott Morris, an elections analyst for The Economist, decided to call up Gravis and asked them to explain why polls sponsored by OAN are significantly better for Trump than the ones that aren't.

"I spoke to Gravis Marketing, their pollster, who said that OAN has only been releasing the polls Gravis sent them that turned out best for Trump," he writes. "(Gravis says they have since told OAN to 'cut it out.')"

Why are polls sponsored by One America News some of Trump's best? I spoke to Gravis Marketing, their pollster, who… https://t.co/VXLhSFiiFW
— G. Elliott Morris (@G. Elliott Morris) 1594741914.0